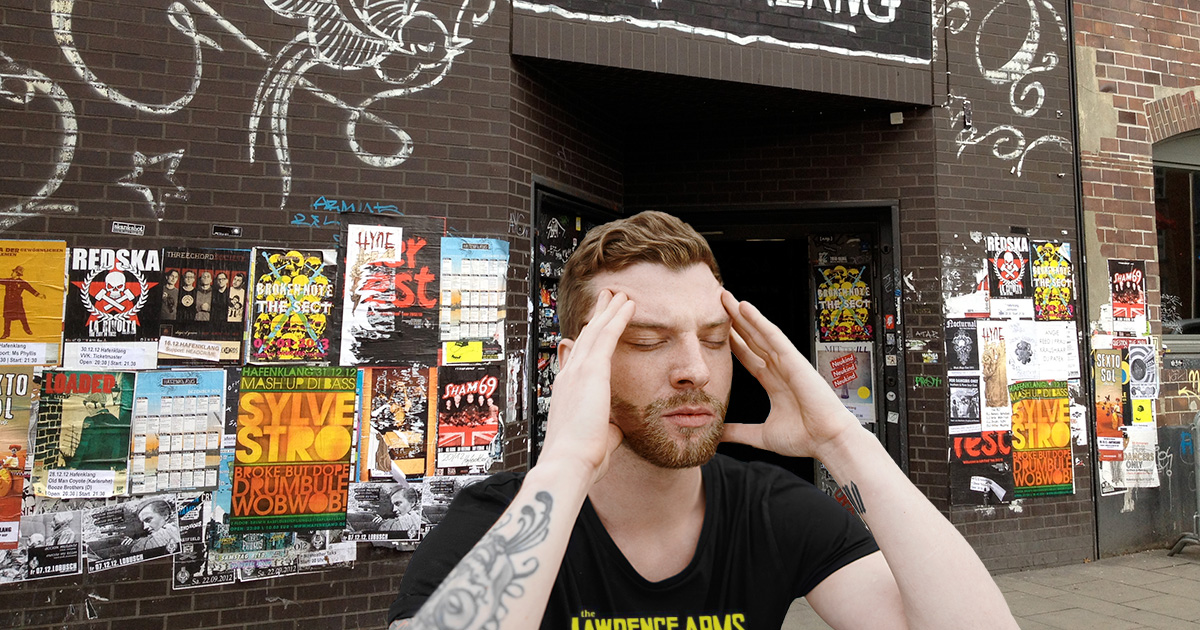 LAS VEGAS — Scene staple Pat “P” Ott learned last night that the show they believed to be sold out actually had tickets still available for purchase, according to venue sources.

“Wow. This kind of changes things,” said Ott, who put off buying a ticket for a “sure-to-sell-out” Punk Rock Bowling show in favor of begging in at the door. “To be honest, it’s not like I don’t have the $15… it’s just that I was going to spend it on beers. I mean, shit — it is a show, right? I don’t wanna stand around, just hoping someone will buy me a shot like some asshole.”

The opportunity to pay a cover forced Ott to regroup and consider other strategies.

“I guess I could hit up my friends in the opening band for a guest list spot,” Ott said. “But that works better when they think I’d support them if I could. Besides, I was planning on arriving right before the headliner — I was hoping to hit a couple bars on the way.”

Ott’s friend, local drummer Priya Ruben, was reportedly disappointed, although not at all surprised, to receive Ott’s text message plea.

“There’s a lot of nerve on display,” she said, showing her phone. “Right above this message is an unanswered text from me, asking for a ride to the airport four months ago. Not to mention, the last time ‘P’ came to one of our shows, they played ping pong through our entire set.”

With doors approaching, it became clear Ott would only receive entertainment in exchange for legal tender.

“I guess it’s just not going to happen,” said a dejected Ott. “At least, at the end of the day, I can rest easy knowing that I tried everything I could to not pay bands a fairly reasonable amount of money to see them perform.”

At press time, Ott was found at a nearby karaoke night with a bar tab of $28.