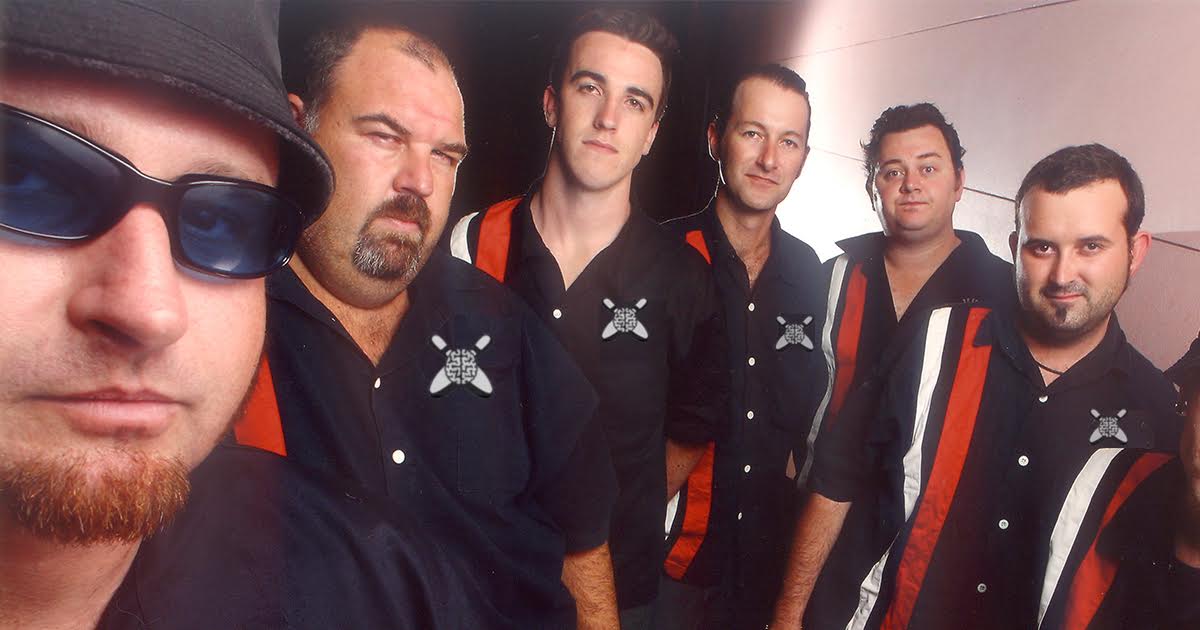 LAS VEGAS — Patrons and employees at the Hi-Ball Bowling Alley recently discovered that the party of ten men in matching bowling shirts at lane seven are apparently just a ska band, according to multiple reports.

“I could’ve sworn they were a team,” said lane attendant Bobby Marques while spraying a pair of recently returned shoes. “I mean, check it — they got the shoes, the shirts embroidered with their names, and even the out-of-date chain wallets. It’s an easy mistake to make.”

The ten dudes in matching black and red bowling shirts are allegedly part of a 15-man ska group called The Lane Brains, currently touring the southwest. Each shirt features the band’s logo of a brain impaled with bowling pins, which witnesses claim only added to the general confusion.

“We just put pins in the brain because we’re all a bunch of punky pinheads, you dig?” said Clark Otomo, second trombone player for The Lane Brains. “None of us bowl, man. We just came here to kind of get out of the public eye. Ska freaks are always swamping us for autographs and pictures. It gets tiring. But here at the lanes, we’re just normal people again.”

“You can’t fool this old gutter jockey,” Kringle said as he rested a glass of Miller High Life on his expansive chest. “Look at all those muffin tops. Love handles. Beer bellies. With bodies like that, they have to be bowlers.”

According to afternoon manager Gloria Schiff, this is not the first time such confusion has hit the Hi-Ball.

“I remember when the Guy Fieri Impersonator Convention rolled through town,” Schiff said with a shudder. “For a full week, we couldn’t tell who was here for league night, and who was just here for deep-fried mozzarella sticks.”

As of press time, members of the Lane Brains were heard drunkenly misquoting key lines from Kingpin and The Big Lebowski over a round of “Golden Tee.”

Photo by The Porkers.