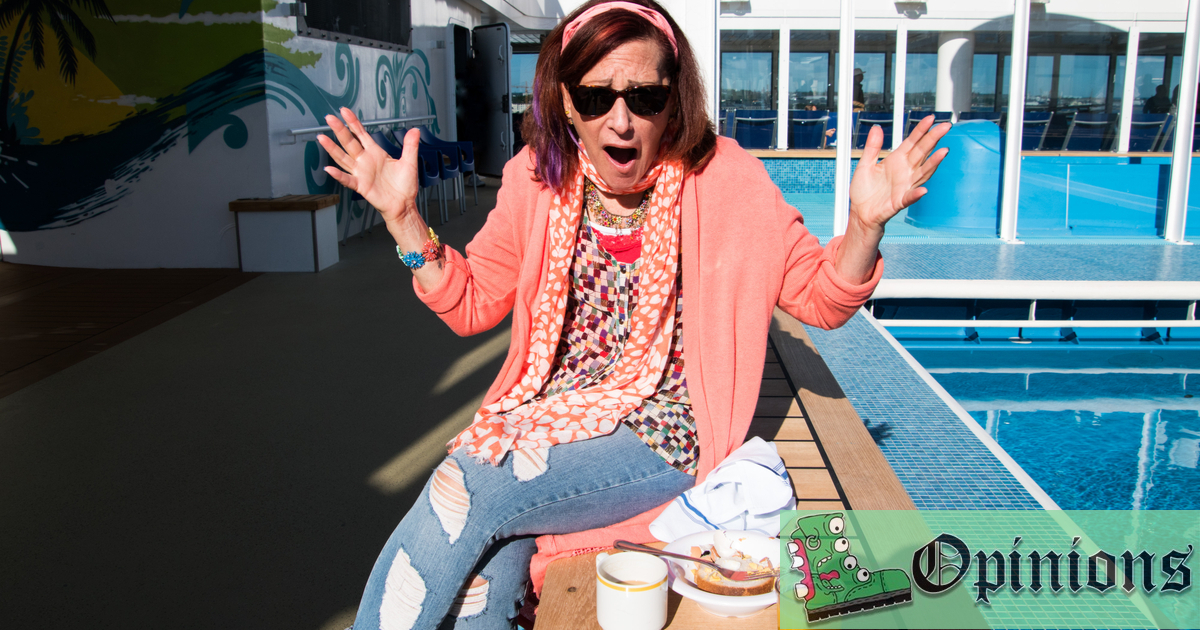 There are so many things to hate about this entitled millennial generation, but nothing scorches my sky more than their addiction to technology. These ungrateful kids spend all day staring at their phones without ever taking the time to look around and truly appreciate the world. The same world that my generation destroyed.

Turn off those phones and go outside! Seriously, go outside while there’s still an outside to go out in. Because, and I don’t know if you know this, my generation wasn’t great at extrapolating population growth. And a few other things. But otherwise, we were perfect.

You got 10 new followers on the new social media app? Whoop-de-doo. Or as your generation says, “Whoop-de-whoop.” Did you even notice the colossal wildfire creeping toward your home? What’s the point of living if you don’t stop and inhale the encroaching smoke cloud every once in a while?

Look, the oceans don’t magically start to rise because you reached a new high score in Candy Crush. It takes years of hard work and millions of metric tons of carbon dioxide to make it happen. If you’re not going to pick up a rifle and help hunt an endangered species into extinction, the least you can do is stop texting and buy some of these exotic pelts.

That said, I recognize that some millennials have been using their phones to help make things worse in a variety of creative ways, which gives me hope that the world will still be in awful hands after my generation is gone. They are the innovators of the future and hopefully, with a little luck, the next generation’s planet will be even grimmer and more horrific than we ever imagined. That’s what they deserve for all their “okay, boomer” bullshit.