Opinion: I’m Concerned About Coronavirus but Damn, That’s Almost a Whole Cigarette in That Ashtray 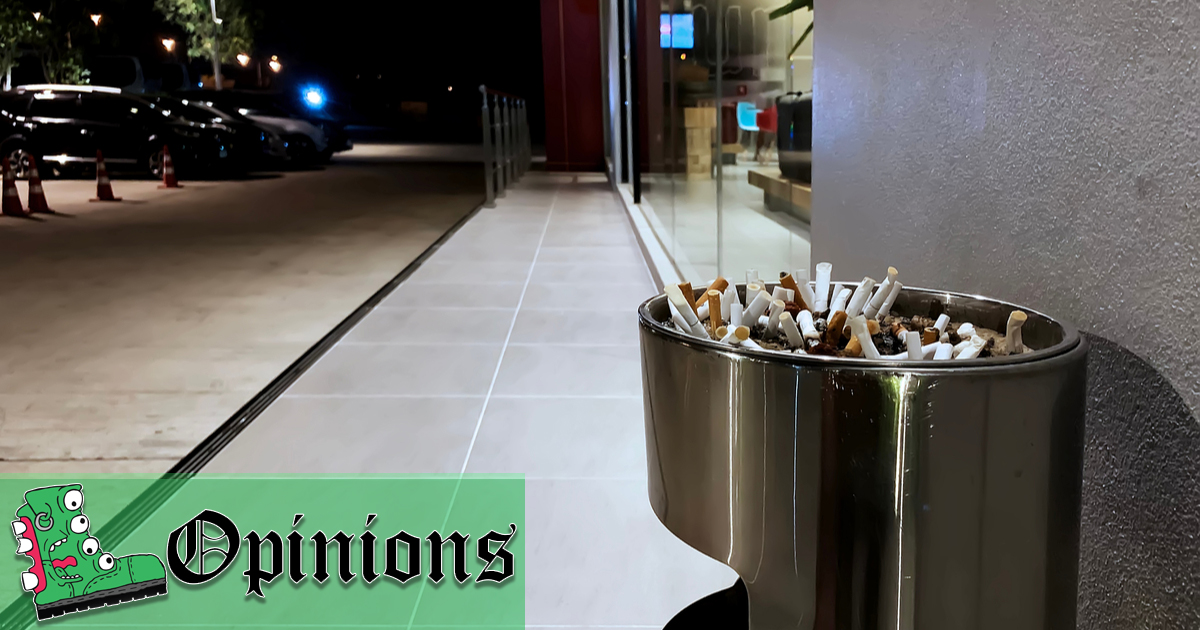 I’m not saying I don’t take COVID-19 seriously, I do. We all need to do our part and self-isolate or the healthcare system could quickly become overburdened. But damn dude, you see that? That like pretty much a whole damned bogie in that ashtray right there. I mean I know I shouldn’t but like… come on.

Shit, it’s not just any prematurely snuffed stogie either. That’s a god damned American Spirit. There’s like two-thirds of it left, hell more. Someone must have just lit it and then forgot they left the stove on or something. It’s practically new!

OK OK, I guess it would be irresponsible to grab a butt out of the ashtray right now. That thing was in a stranger’s mouth and I don’t want to help spread COVID-19 to someone with a compromised immune system. I shouldn’t do it.

No, but you know what else is irresponsible? Letting a perfectly good boge go to waste like that. Anyone in the butt bumming game can tell you this grind has never been harder. People are freaked out right now. Nobody wants to talk to a stranger, let alone hand them a cigarette and risk physical contact. And who knows how long stores are even going to be open for? Whoever left that thing is probably some one percenter with a stockpile of butts.

Which means… it’s probably clean, right? I mean clearly, this person has their shit together if they can afford to snuff nearly a whole fucking cigarette out and not even put it back in their pack for later. I bet whoever left that cigarette in that ashtray is the healthiest person in the world.

Oh shit, I think it’s about to rain. Fuck, it’s now or never. Shit or get off the pot. Maybe I’ll just grab it and keep it dry while I think it over. I probably won’t smoke but like, what if it gets wet and I regret it later? What am I going to do, dry it out and smoke it? Smoking dried out rain butts fucking sucks, trust me. It really brings out the bleachy/chemical flavor.

What if I just light it on fire and suck in the smoke through a straw? Yeah, I’ll freebase it! I know we’re not supposed to be using straws anymore, but this is an emergency!