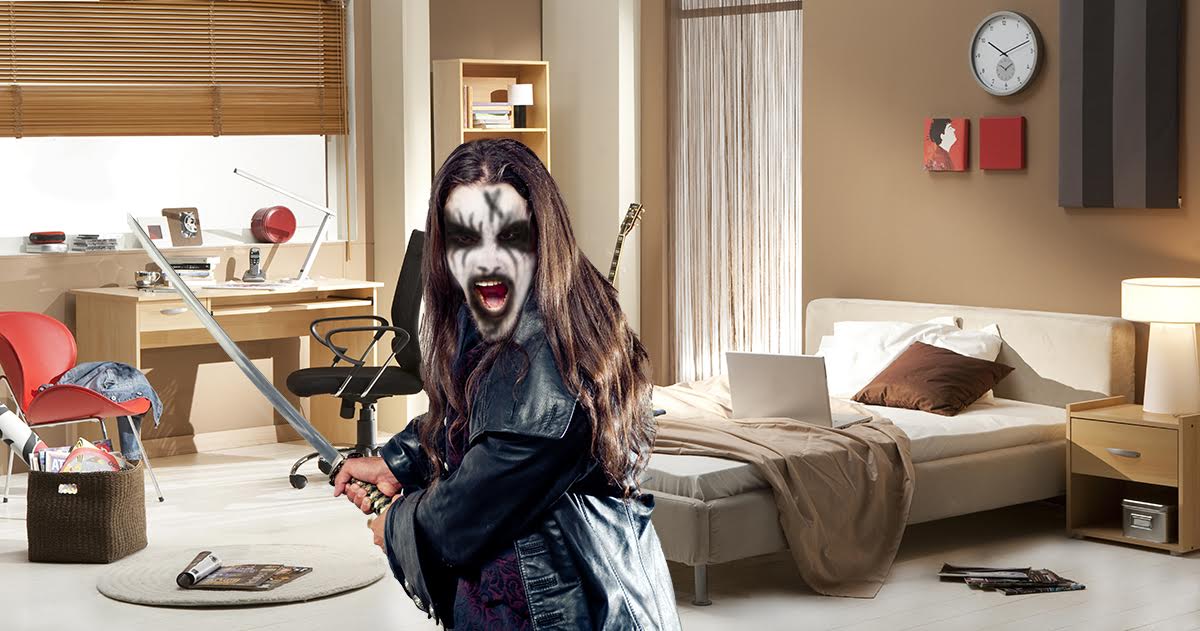 THE INTERNET – The often misunderstood world of adult face-painting went on high alert this week when Youtube user GoatLord666Watain took to the figurative airwaves to correct what he felt was a critical misunderstanding in the recreational face-painting scene.

“I am not a furry. I am not a mime. I am not a fucking raccoon or a kitty. And I am most definitely, certainly, not a Juggalo,” explained the 35-year-old veteran face decorator in his three-hour video blog, titled With This Sword I Condemn The False [Serious Post] Hails.

In a surprising twist, the video contained no balloons or pinwheels. This offbeat makeup artist prefers a technique called “corpse paint” to decorate his mug, and, to the delight of his peers, actually expects to be taken seriously.

“This corpse paint. This sword. This encyclopedic knowledge of Graveland picture discs…these are the trophies of a life spent in service of the dark arts,” explains the man behind the hilarious “living panda” mask.

The video, which had over 20 views and counting, was also critical of the confusion between black metal sword posing and LARP-ing. “When I pose with my swords, I’m not some LARP-ing buttdart pretending to slay someone with a sword,” said the clown of the dark arts. “I’m actively channeling my Nordic ancestors who were presumably actively channeling the ghosts of vikings and shit who, in theory, did actually slay people with swords, probably. Let’s see some fireball-sucking LARPer or juggalo pull that off.”

“Corpse paint and ritual swordplay aren’t something you can over-do. Your corpse paint should be a constant presence: on your Facebook, on your Instagram, and especially at shows you aren’t even playing,” touted the artist. “And don’t forget — the Frozen makeup kit can work in a pinch if Walgreens is out of vampire face kits.”