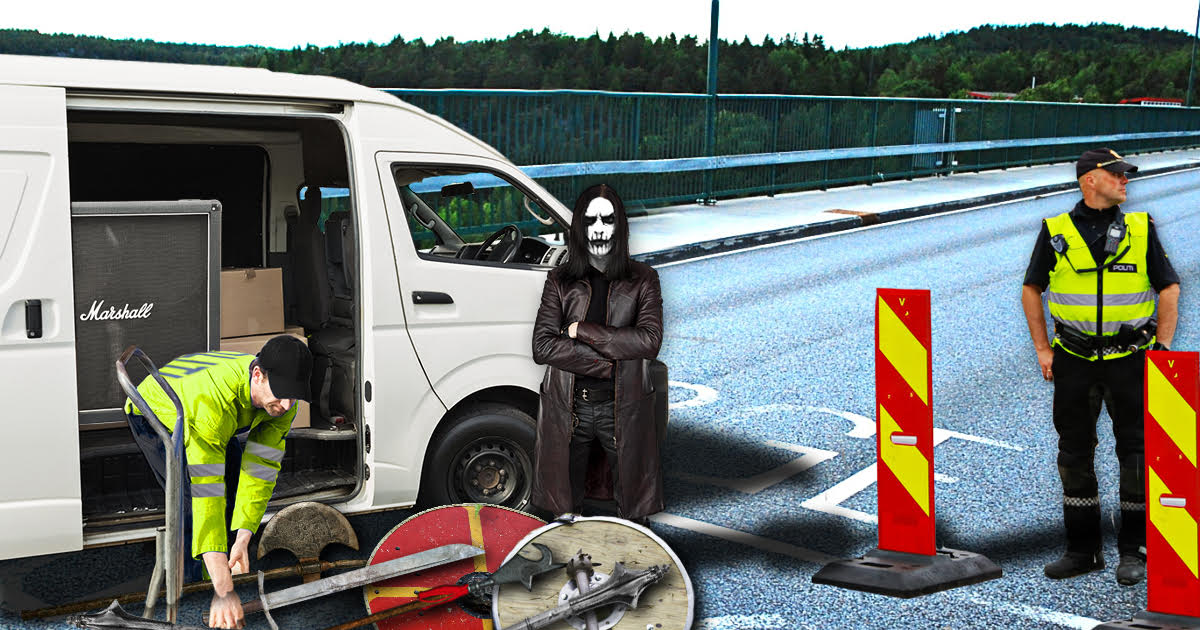 TRONDHEIM, Norway — Norwegian customs officials detained U.S. black metal band VVulfblud during their Scandinavian tour for not having any weapons on their persons whatsoever, according to initial reports.

“We have detained the band known as ‘VVulfblud’ after none of their members attempted to bring any weapons into the country,” said Norwegian Customs and Border Control minister Anders Andersen at a crowded press conference. “We searched each of their bags, and did not find a single axe, dagger, or even a simple mace. This is not the behavior we expect from bands claiming to be black metal, and it will not be tolerated in Norway.”

Members of VVulfblud claim to have been unaware of Norway’s strict policy of black metal bands arming themselves with medieval weapons at all times.

“We really didn’t expect this,” said VVulfblud frontman Garoth “Steven” Daath. “They searched our phones for pictures of us posing with weapons in the woods. Of course, we didn’t have any. We’re from Arizona.”

During the bag check, the band’s spiked gauntlets, live mice, and 12 gallons of fake blood were also allegedly confiscated.

“We here in Norway screen every metal band that enters our borders. This is no different than the extreme vetting we have employed for years,” said TSA agent Jens Jurgensen. “We are not getting America’s best when they come here. If they aren’t failing a metal detector test, they have no business playing in Norway. This is almost as bad as when Deafheaven tried touring here. Wearing a black jacket does not make you a black metal band.”

The U.S. Ambassador to Norway released a statement in reaction, vehemently asserting that “spiked gauntlets are totally weapons.” Officials condemned the Norwegian government for their deep-seated biases and inability to “allow other countries to live out their vision of the Norwegian dream of playing punishing black metal in the freezing cold.”

The band was eventually given limited visas, covering only a few of their planned shows.

“They issued us some temporary bastard swords for the tour. These things are jewel encrusted and were apparently confiscated before being smuggled out of the country,” said Daath. “They gave us a pretty stiff warning. They said if we got caught again, they’d send us to Denmark, and that’s pretty much a fate worse than death.”