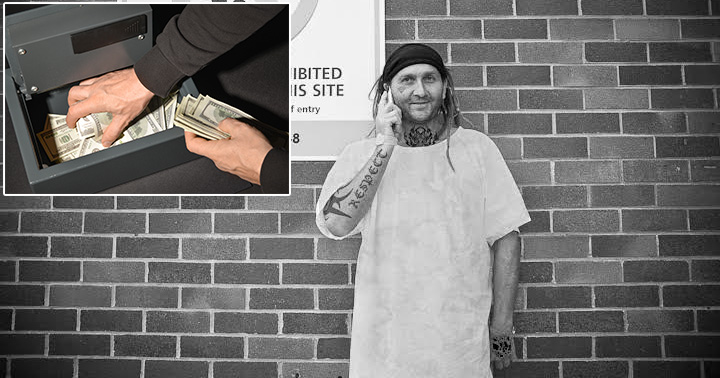 ALBANY, N.Y. — Local show promoter Steve “Froggy” Fordham recently posted a photo to Instagram that showed him pocketing cash stolen from a band he booked with the caption “I miss this,” confirmed sources who promise to “beat the shit out of Froggy” if they ever see him again.

“It’s been so long since I’ve been able to tell performers that they didn’t sell enough tickets to get a cut of the door, or the venue has some new rules about a revenue split on every piece of merch they sell,” said Fordham while watching videos of teenagers street fighting on his phone. “I want to get back to the days of paying bands in drink tickets, and letting them know I’m carrying a gun when they try to confront me over not getting paid. I’ll be able to feel normal again as soon as I get to leave a show during the headliner with all the money from the bar and box office stuffed in my pants as I ignore frantic texts from the bands.”

Local musician Amy Khatri plays in one of the many bands that Fordham has ripped off over the years.

“I’m shocked that this guy is still even around. The last time I thought of him was in 2019 when I heard he tried paying the guys in Cement Fist with an expired Applebee’s gift card and they absolutely beat the piss out of him,” said Khatri. “I guess he had time to recover thanks to the pandemic, and he’s back on his bullshit. I’ve tried telling everyone I know to not play any of his shows, but there is always a new band he’s ready to exploit.”

Live Nation CEO Michael Rapino believes that the urge to play shows will allow promoters to screw over bands at levels never before seen.

“Things were looking awful for us until the vaccine allowed us to start booking some larger fests,” said Rapino from one of his yachts. “But now the tide has turned. Just the other day I got a call from the Red Hot Chili Peppers asking if they could play Austin City Limits, and I said ‘Sure guys, I’d love to have you play, but I want Flea to come to my house and tell me that I’m way better than him at bass, and then I want all the other members of the band to eat a spoonful of dog shit.’ And you know what? They fucking did it. I love this job.”

At press time, former Victory Records founder Tony Brummel reportedly reached out to Fordham for tips on how to make a quick buck off of musicians.