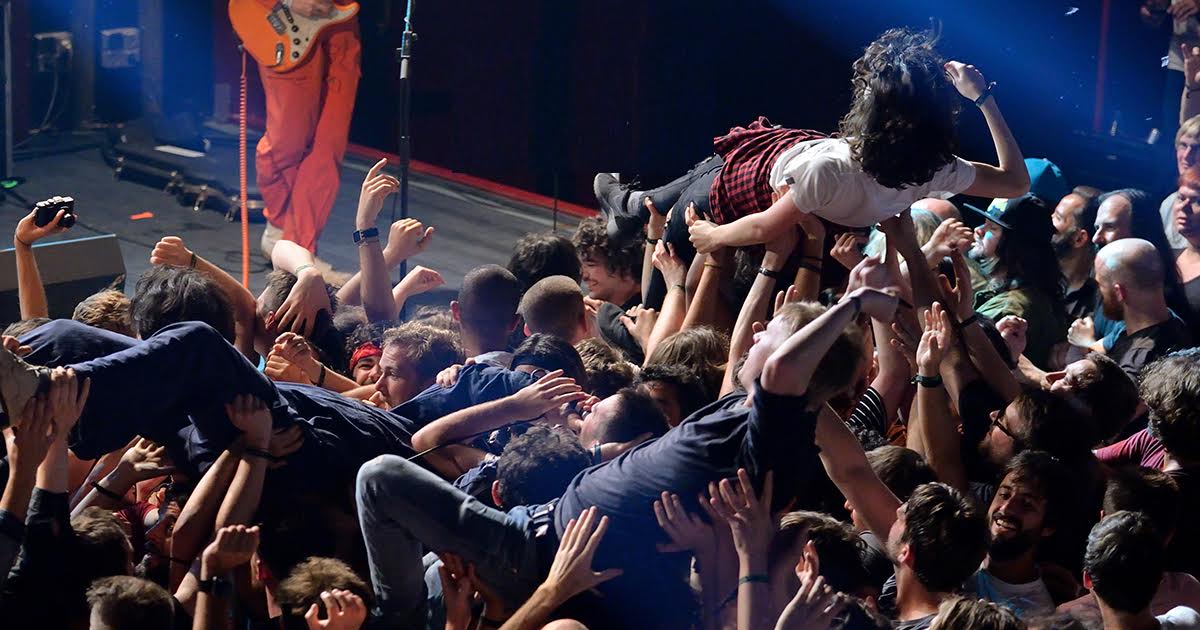 NEW ORLEANS — A group of 30 to 40 fans moshing at a recent Green Day concert were allegedly paid to be there by liberal billionaire George Soros, according to a recently released report.

“The liberal-minded punk machine is again funding moshers to make over-the-hill bands look relevant,” read the report, released on the popular anti-punk blog, Law and Order in the USA. “This is not sincere moshing. Anyone sucked into that circle pit should not believe these songs are worth moshing to.”

Despite no evidence to confirm the charges, some fans believe the allegations should not be dismissed so quickly.

“They were clearly actors — they did not seem familiar with any of Green Day’s between-song banter, which has been roughly the same since 2006. I think they were just there to make the band look more relevant,” said show attendee Tom Allen. “I mean, they were all wearing the same exact shirt: Green Day, with black bars over their eyes. And it’s just a fact that no one has authentically moshed to a Green Day song since they released American Idiot.”

Chris McKenzie, one of the moshers, defended the movement as entirely grassroots.

“This moshing is totally real. I just love Green Day!” McKenzie said. “Whether it’s great Green Day songs like ‘Boulevard of Broken Dreams’ or ‘Feeling This’ or ‘Welcome To The Black Parade,’ you know me and fellow fans are going to rock out to a band that supports great liberal causes. We encourage every young person of voting age to do the same.”

Other fans in attendance echoed McKenzie, believing the moshers were there for the right reasons.

“Green Day concerts are about coming together with like-minded punk rockers in an arena setting, and really taking a stand against the establishment,” said concert goer Shirley Cruz. “To allege those people were there moshing because some billionaire paid them cheapens everything Green Day stands for.”

When reached for comment, a spokesperson for George Soros said, “Stop asking questions, unless you want the Koch brothers to be the only rich white billionaires to control America.”

Visit our virtual merch table and pick up a shirt by clicking below: