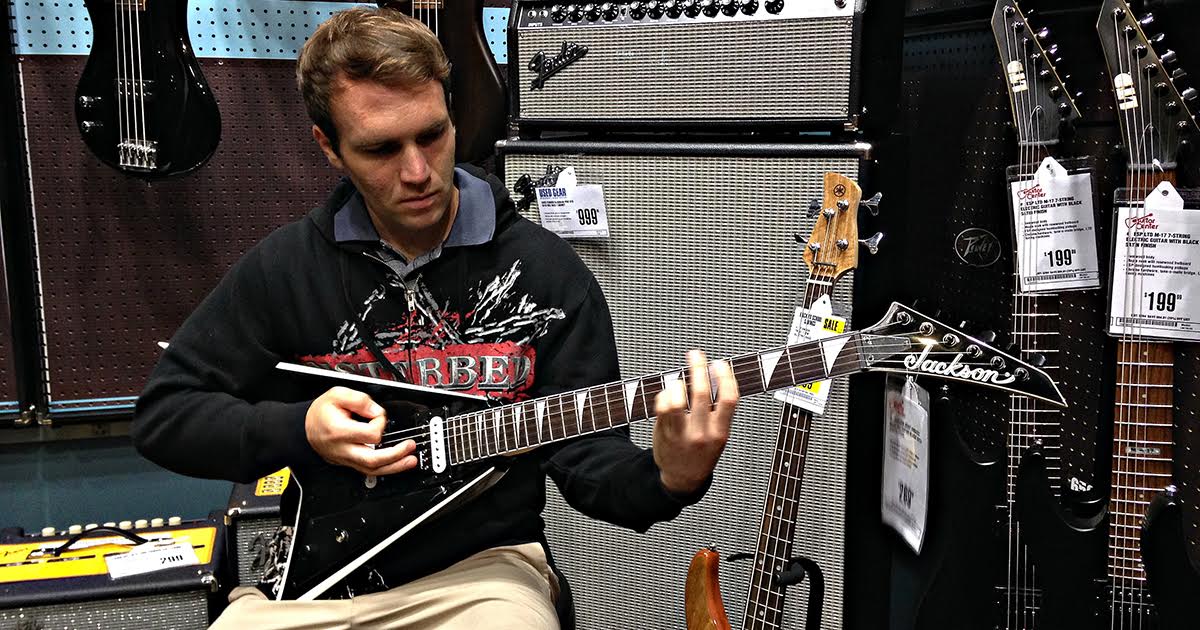 FRESNO, Calif. –  California man Dylan Davis turned his search for a new acoustic guitar  into a two-week, 17-stop tour of area Guitar Centers playing only Green Day covers, critics confirm the effort is “as earnest as it is unlistenable.”

“For the tour, I’m going with that classic Green Day song, ‘Good Riddance (Time of Your Life),’” explained the self-described singer-songwriter who began looking for a new guitar after accidentally backing his van over his previous one outside of a local coffee house. “People always seem to love when I play it at parties, so it seems like the best way to test out a new six string.”

Davis reportedly spent an average of four hours in each Guitar Center, sampling electric and acoustic guitars with his trademark song.

“Every Guitar Center has different stock, so you have to travel around to test out everything. It’s not like you can just buy a guitar online,” he said. “But touring life has its drawbacks. It’s hard. Driving from show to show, sleeping in my van – I mean, I was already doing that for a while since my roommates kicked me out. But, still… you could say I’m having the time of my life,” he chuckled.

Despite his good intentions, Davis is not without his critics.

“I just came here to buy strings, and I’ve already heard ‘Good Riddance’ played in full three goddamn times. Or maybe it was one long version with 11 extra choruses,” complained one shopper. “Either way, I don’t understand why he has to sing in such a high falsetto in order to test out a guitar.”

As Davis wrapped up his Fresno show, which drew fans of all ages — including a toddler separated from his parents, and an elderly woman in line to buy a gift certificate — store manager Glenn Purkerson applauded Davis for choosing the somber Green Day hit.

“‘Good Riddance’ is slow and safe, at least,” said Purkerson. “Last year, during [Davis’s] ‘Back in Black’ tour, he broke 14 strings before we could get him out of the store, and he somehow cut his finger open real bad. There was a lot of blood.”