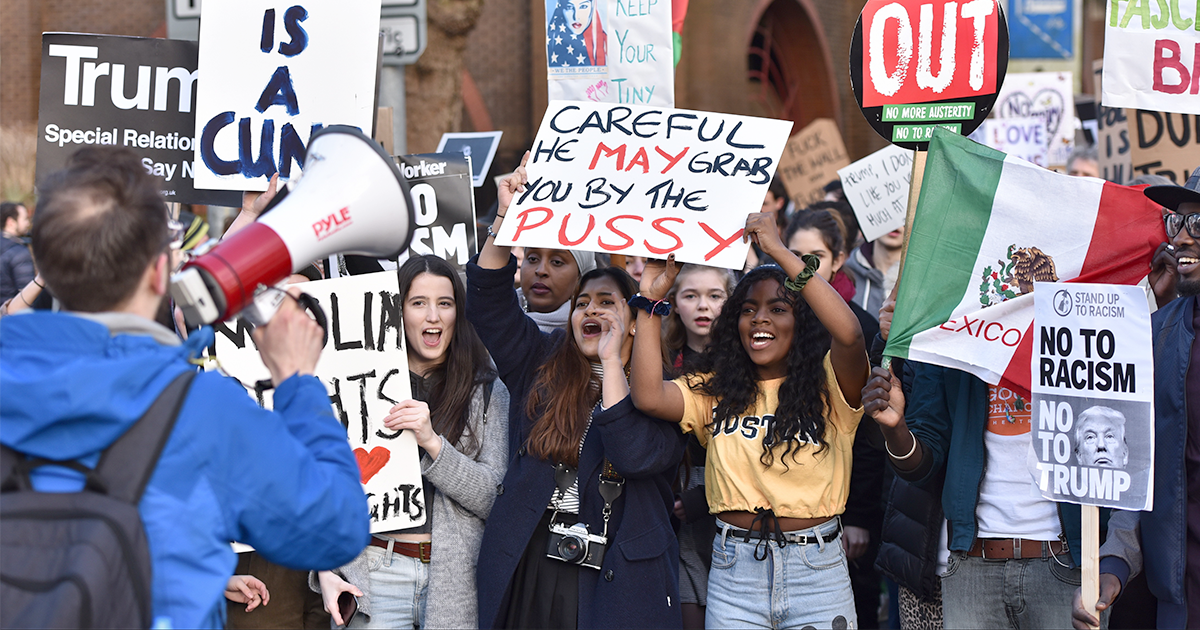 NEW YORK — Longtime political activist Lorenzo Marquez attempted to kick off a new protest chant at a march last weekend, but struggled to find followers due to the unorthodox 11/8 time signature, according to fellow marchers unable to follow the rhythm.

The experimental activist questioned whether a true progressive movement could ever take hold in America if people cannot count non-traditional time signatures.

“Simple chants in 4/4 are exactly what they are expecting. The establishment wants hand claps and rhymes. The only way to defeat the hegemony is by usurping their expectations and embracing the outré,” said the bearded rabble-rouser.

A storied innovator, Marquez has been challenging the status quo in the world of protest chants for over two decades — his previous works include use of world’s first computer-generated protest chant at a Bush-era rally against the Iraq war. More recently, at the 2014 People’s Climate March, he unveiled a chant consisting of one long, unintelligible scream into a cracked hand mirror.

The activist remains hopeful his chant will catch on. “I’ve just learned the music played on the race results screen in Mario Kart 64 is written in 11/8 time. I’m using this information to better reach millennials at my next protest. This is happening,” said Marquez.

Should the 11/8 chant never catch on, though, Marquez claimed he has another experiment ready to go, inspired the by the works of musician John Cage: staying completely silent for the duration of a protest.