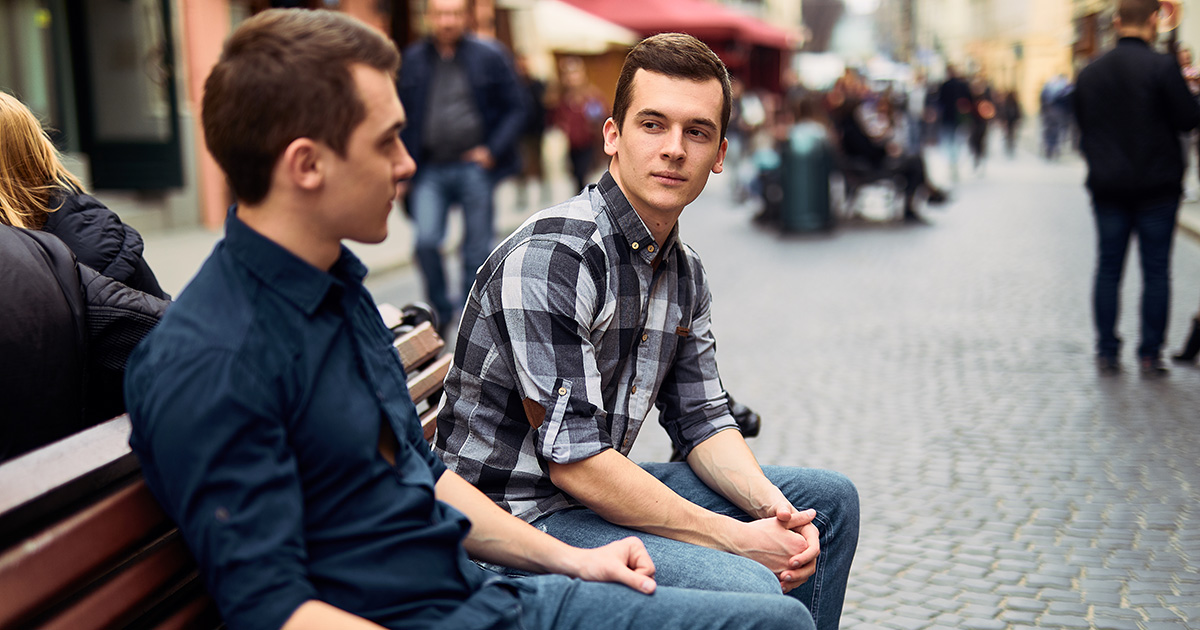 ASTORIA, Ore. — Local man Bart Donaghue attempted to break a curse that resulted in Chumbawamba’s “Tubthumping” being stuck in his head by getting the song to play on a loop in someone else’s head, sources who couldn’t relate more confirmed.

“It’s been 72 hours and it’s only intensifying,” said Donaghue while popping far more than the recommended dose of Advil in a desperate attempt to relieve some of the pressure on his brain. “Earlier this week, I was listening to a throwback radio station when all of a sudden there was some weird static. I heard a faint voice whisper ‘Chumbawamba’ three times, then ‘Tubthumping’ started playing absurdly loud. It felt unnatural, like a demon of some sort did this. I’ve tried everything to get it out, even repeatedly playing ‘Who Let the Dogs Out?’ to offset it. Nothing seems to be working, though. It appears my only option is to find some poor sucker to take over this burden, so I can get back to avoiding this band at all costs.”

However, many of Donaghue’s attempts to break the so-called curse fell short.

“He kept rhythmically repeating the phrase, ‘I get knocked down, but I get up again’ over and over without breaking eye contact with me while trying to pay for his 5-Hour Energy drink,” said Terry Whitmore, cashier at a nearby convenience store. “Almost as if he was trying to hypnotize me. Honestly though, I had a hard time paying attention to him because I had that damn ‘Call Me Maybe’ song going on repeat in my head. Can’t wait until my brain moves on to literally anything else.”

Experts have long studied the effects of catchy songs on people’s mental health.

“A tune stuck in your head can actually wreak havoc on your brain’s cognitive function,” said neuroscientist Dr. Pamela Galt. “Take that one Gotye song from years back, for instance. We actually saw an alarming amount of patients who were forced to call out sick to work because they just couldn’t handle everyday tasks while that song was repeatedly causing neurological damage. The only thing you can do is ride it out until another song gets stuck in there or you die. Whichever comes first. Either way, sweet relief is around the corner.”

At press time, Donaghue was able to break the curse shortly before getting the song re-stuck in his head after it appeared on an episode of “CSI: Miami” without notice.