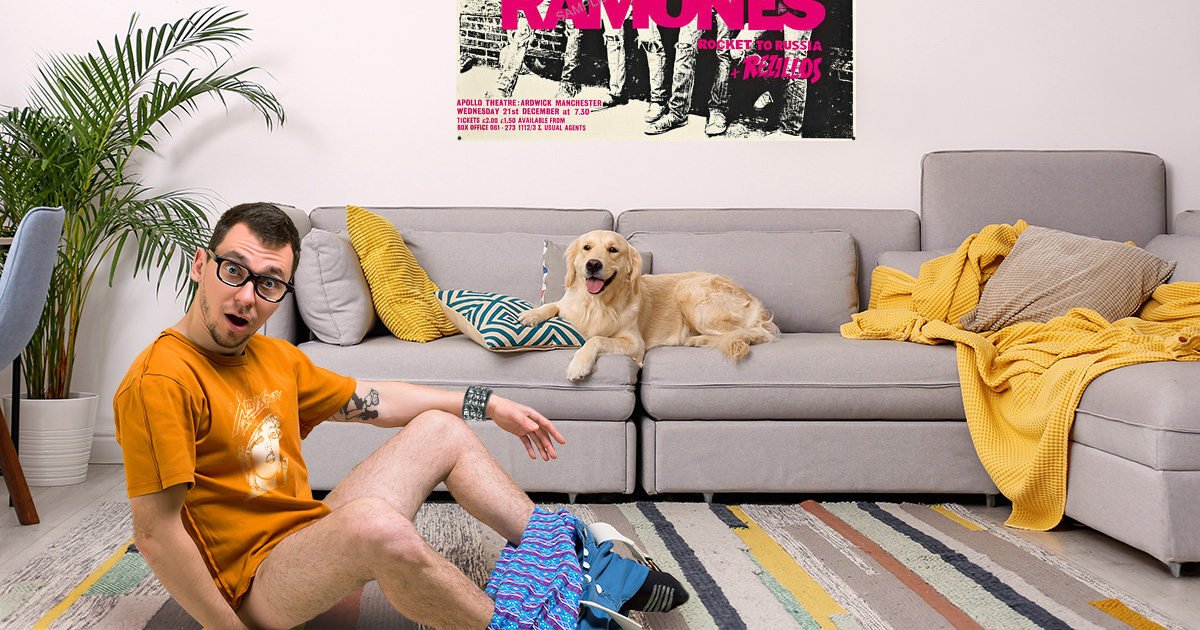 “The irony of this situation is certainly not lost on me, but I left barbaric behavior like dragging my private parts on the ground behind in obedience school,” lamented DeeDee, who spends most of his days meditating in his crate. “Benjamin could benefit from similar schooling. I’ve gone to great lengths to become a respected member of my community, yet my owner undermines all progress I make by vomiting in the apartment’s shared stairwell or routinely scratching cars in the parking lot with his 1992 Ford Tempo. At least he started bagging his own waste any time he craps outside. That was a whole ordeal.”

“Sure, I used to handle things the way society wants me to — by scratching my anus with my index finger or the back of my thumbnail,” admitted Carlisle, who refuses to see a doctor out of opposition to western medicine and lack of health insurance. “But I found a better way, and I don’t care if it’s ‘not appropriate’ or ‘fucking disgusting’ or ‘leaving streaks that stink so bad the neighbors call the cops.’ I shred my shit on shag carpet and I’m set for hours. And you know what? I don’t really care for the judgmental way DeeDee cocks his head to the side while I do it. But he’s just a dumbass dog, probably has no idea what he’s even looking at.”

An obedience school teacher with decades of experience teaching thousands of dogs explained the difficulty that sometimes comes with a belligerent pupil.

“People always ask if pitbulls are the most difficult, or if poodles are really mean, but there’s only one type of student I’ve found to be entirely untrainable,” declared Anne Bowers, owner of the Puppy Prep Dog School. “And that is a human being. Specifically the rock and roll types. When I see those studded bracelets and tank tops held together with impractically large safety pins, I know I’m fucked. The dogs are usually fine, but how do you tell a grown adult to stop eating food off the floor and stop peeing on things to mark territory?”

DeeDee’s shame has worsened immensely, after Carlisle was thrown out of a punk show for repeatedly humping an acquaintance’s leg “as a joke.”