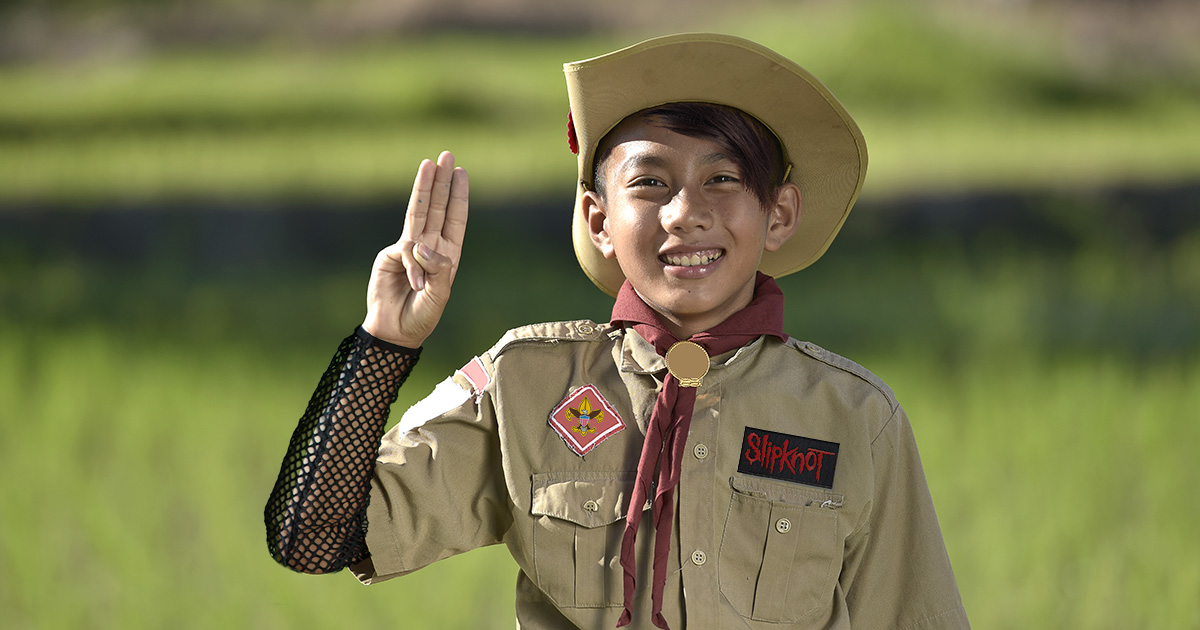 “We teach our scouts several knots that will help them in the wilderness, such as the trucker’s hitch, the bowline, and the sheet bend,” explained Scout leader Tim Horwood. “But Calvin had only heard of the slipknot, which he wanted to learn exclusively. He also told me that Jordy Jordison is better than Jay Weinberg, whatever that means, and asked if he could wear a clown mask and hit a keg with a baseball bat when we sing campfire songs. I had to explain to him that there’s no reason we would ever have a keg, and there’s no badge for that.”

Nelson’s mother, Anita Nelson, said that she and Calvin’s father had hoped that signing him up for the Boy Scouts of America would curb his nu metal obsession.

“It all started when Calvin came home from the mall wearing a backwards red baseball cap. I offered him some freshly baked cookies and he told me to stick them up my rear end, only he said something much worse than ‘rear end,’” said Mrs. Nelson. “He also asked me if he could get tickets to the Mudvayne reunion for his birthday. I looked it up and they originally broke up when he was three. How does he even know about this stuff?”

The younger Nelson was adamant that “this is not a phase,” and that he would continue to blend his love of nu metal with being a Boy Scout.

“I thought I was going to hate being a Scout,” said Calvin while drawing a tribal design on his arm with a marker. “But the cargo shorts are great, and we get to be filthy all the time. When I found out there was a slipknot, I knew I was probably going to like this. We were also told we could pick symbolic animal names. I picked Maggot, obviously.”

At press time, Nelson had been sent home to his family after a heated fight with a shoegaze-obsessed Scout over who gets to claim Deftones.