Morrissey Adds Extra Ribs to Prevent Self from Sucking Own Dick 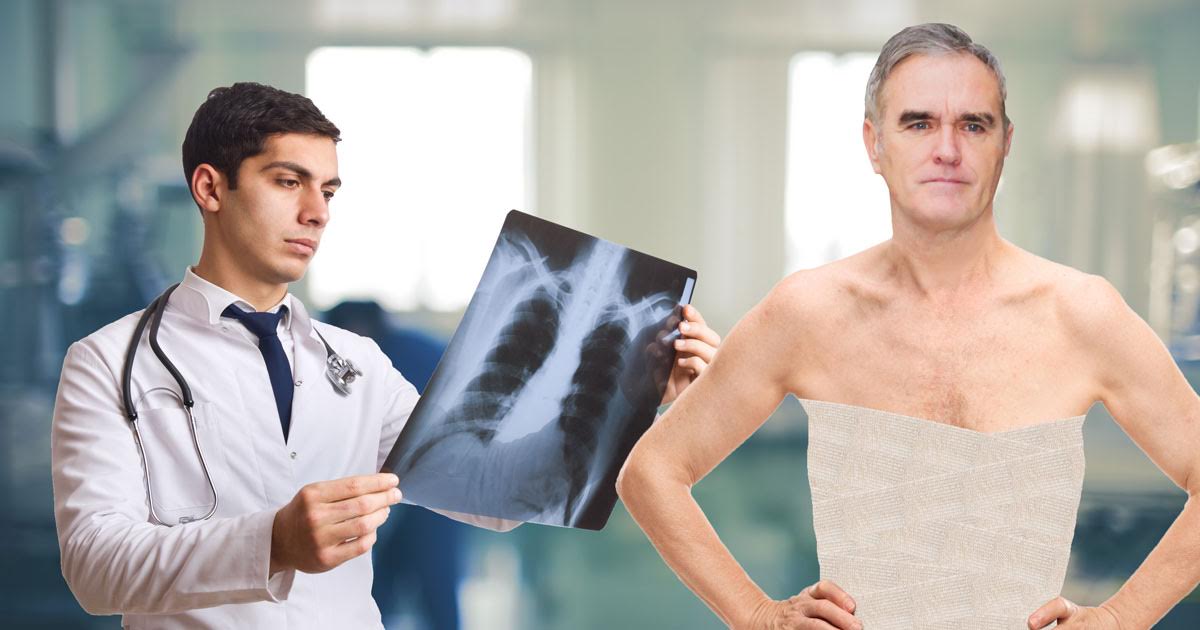 LOS ANGELES — Surgeons at the Cedars-Sinai Medical Center completed an experimental procedure this morning, adding extra ribs to Morrissey’s aging body to prevent him from constantly sucking his own dick, hospital officials confirmed.

“To be completely honest, I was against the idea at first,” said chief of surgery Dr. Philip Christman. “When we got the call from Morrissey’s manager, we thought it was a prank… but we were assured it was very real, and needed to happen immediately in order for the singer to continue on in normal society.”

Morrissey’s manager Niles Harrington confirmed that the surgery took several, tedious days, but acknowledged it was the best choice for his client.

“I’ve been trying to push Moz to make new music or get back on tour, but he can’t get his face out of his crotch,” said Harrington. “I’m sure it feels good, but at some point, you have to get some Listerine and get on with your day. I’m happy to say, the solution to the problem was all his idea.”

Shortly after waking from the surgery, Morrissey spoke to the media gathered at the hospital.

“Hello, blurry people of America,” said the heavily drugged Morrissey. “I love my wanker and I’m the only one good enough to nosh myself off. You’ve heard my music. You’ve also heard a middle schooler explain how Marilyn Manson got a rib removed to go down on himself. I learned how to do it without the surgery, but realized I was getting too good at it — I was brilliant. I needed surgery to stop myself.”

Christman and his staff were pleased with the results, though the procedure was incredibly dangerous. The team of doctors took extra care to make sure Morrissey could get back on the road and out of his pants safely.

“Don’t tell him, but we did have to use some old animal bones to fill the space we had to work with,” said Dr. Christman. “The idea was to stop the torso from being flexible. We crammed as much as we could in there. I’m proud to say, there’s absolutely no way he can get close to his penis now. He’ll be lucky if he can bend over far enough to wash his hands in a low sink.”

Morrissey has reportedly canceled all of his routine follow-up appointments with the hospital until they stop serving meat in the cafeteria.