Investigation: Does This Drummer Even Own a Shirt? 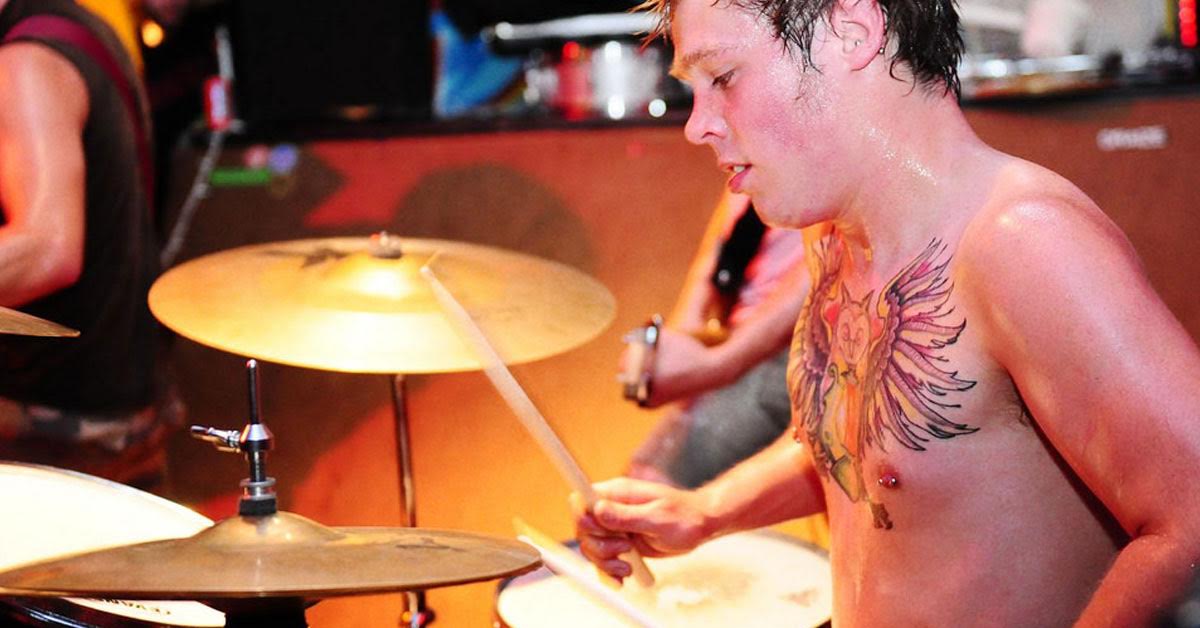 OAKLAND, Calif. — Concerned parties launched an investigation earlier this week in hopes of determining whether or not Jeremy Orlav, drummer for local pop-punk sensation the Shotgun Saviors, actually even owns a shirt of any kind.

Jacqueline Beaulieu, an avid DIY promoter in nearby Sacramento, Calif., initiated the investigation after booking the Shotgun Saviors three times over the past 18 months and realizing she had never once seen Orlav wearing a shirt.

“The first couple times I booked them was at the Steam Room, named for the broken water heater in the basement,” Beaulieu said. “So it made sense when he showed up shirtless. I get it, he’s hot when he’s playing drums — temperature hot, to be clear — so, whatever. But at Winterfest? In February? That shit was outside next to a river.”

A brief look at Orlav’s seldom-used Facebook and Instagram accounts offered no insights, as most photos of the drummer were taken at a beach, a pool, or a series of tattoo sessions covering up an eight-year-old WCW-themed chestpiece.

Even a trip to Orlav’s childhood home failed to turn up any evidence of shirts.

“We have lots of pictures of Jeremy around the house,” said Charlene Orlav, the shirtless drummer’s mother. “Here he is swimming at summer camp. Here he is, shirtless, eating a big messy plate of spaghetti. Even in his yearbook photo, he isn’t wearing a shirt. I think I remember buying him shirts when he was younger, but I honestly can’t recall.”

“I just show up when we’re ready to start practice, and by then, he’s usually been warming up and wouldn’t want a shirt,” Alvarez said. “And I leave as soon as we’re done. But we’re both mature adults, and we can come together for the good of the band, provided eye contact is kept to a minimum.”

Alvarez later shed some light on Orlav’s apparent aversion to shirts, claiming he was a habitual wearer of multiple clothing items before the separation.

“He took a pretty dramatic nosedive into some real self-help hippie shit,” she said, describing the fallout of their relationship. “He spent that summer camping out on some island in the Pacific Northwest in a loincloth. Apparently, if you find yourself, you have to lose your shirt.”