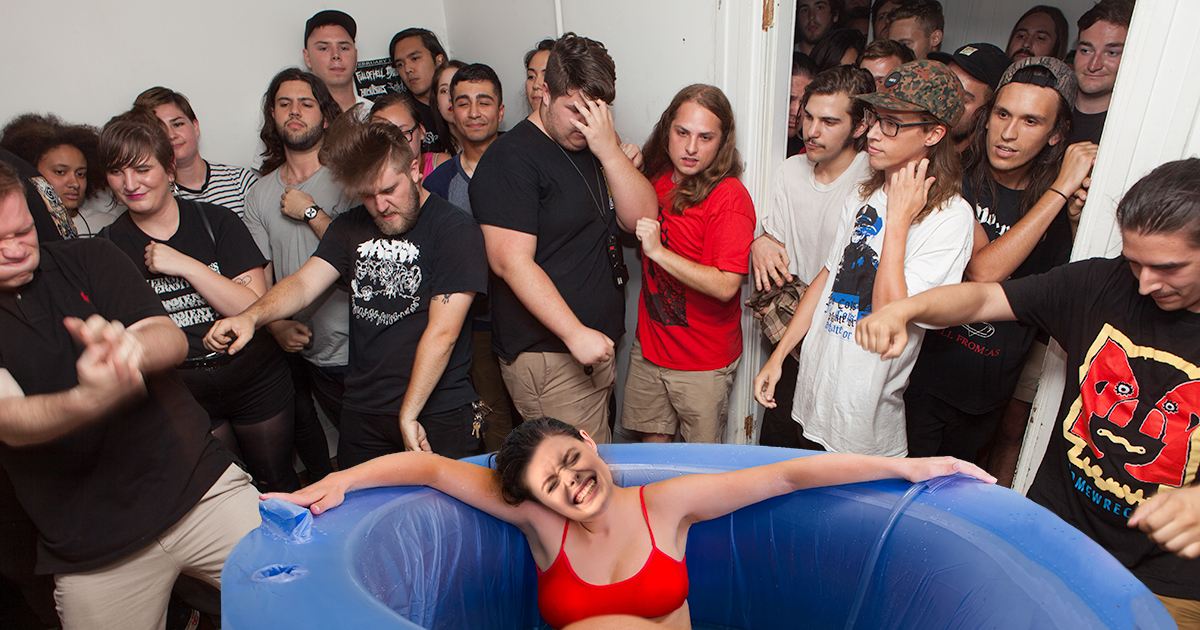 CHICAGO –– The guttural moans and profanity-laden shrieks emanating from the birthing tub of Kia Armetto “really added a certain something” to a DIY basement hardcore show at the Slime Pit, according to multiple witnesses.

Armetto reportedly went into labor during the first set of the evening and immediately began the process of water birth, despite the dozens of people in her basement.

“I thought she was, like, a guest vocalist or performance artist of some kind,” said witness Korey Paige, referring to Armetto’s wild grunting and thrashing. “The way her screams blended with Forged Youth’s vocals was incredible. It’s not every night you get to witness the miracle of birth and a sick hardcore show, all in one basement.”

Although the Slime Pit has been a mainstay in the scene for years, providing a performance space for hardcore acts along with temporary housing for various stray animals, vagrants, and convicted felons, this was the collective’s first home birth.

“I’ve seen some crazy shit here,” show attendee Mike Pratt said. “But that woman grunting and pushing a slimy baby from her vagina was the most hardcore thing I’ve ever seen… and I was here the night Lazy Mike stabbed that sketchy skinhead dude in the neck with a piece of the water heater.”

Members of Forged Youth were thankful fans were respectful of the basement venue, and gave Armetto, her doula and her midwife enough space during their set to successfully deliver a healthy baby girl.

“When we were loading in, I figured the pool was probably to clean their dog or something,” said Forged Youth vocalist Ted Gilman. “But halfway through our set, people formed a protective barrier around it. I figured maybe somebody was tying their shoe, but then I saw the new baby in her mother’s arms. It was a beautiful moment. When I dedicated the next song to her, people really went off.”

Initial reports point to residents of the Slime Pit intend repurposing the birthing tub by filling it with ice and converting it into a large cooler for their annual end-of-summer bash.