Dog At Basement Show Stealing Attention Away From Bands 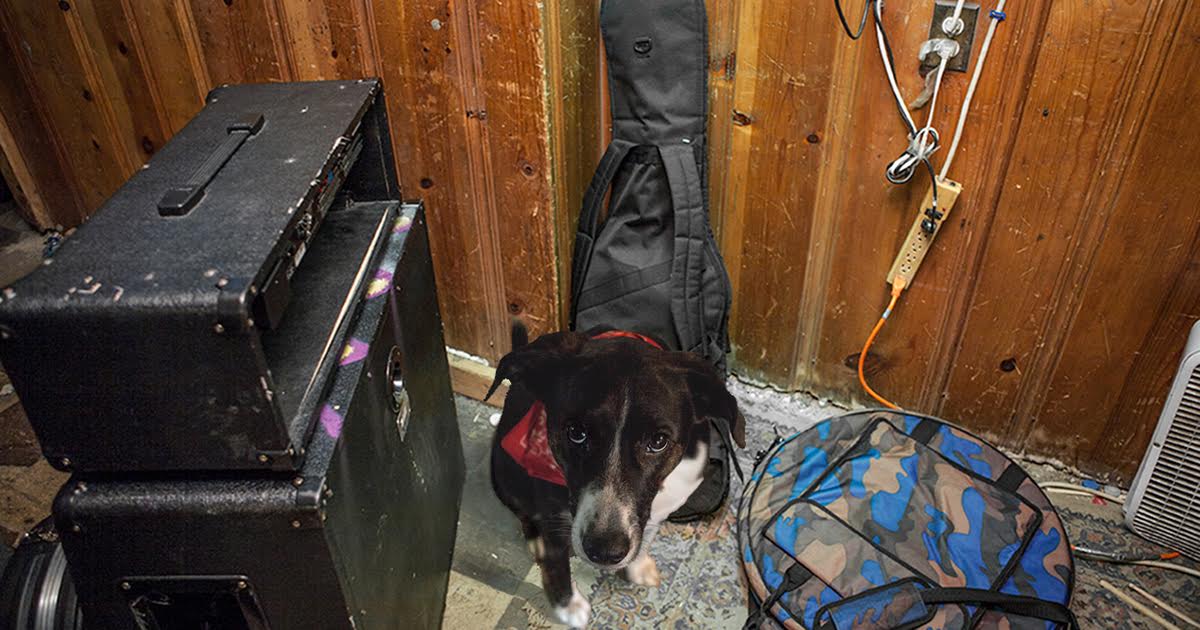 “We saw a ton of kids outside the house when we arrived to play, but there was nobody downstairs when we were setting up our gear,” lead singer Dan Wingate said. “One guy came inside because he was allergic to dogs, so at least we had that dude watching.”

Sources around the scene report this was merely the latest show-stealing episode from the charismatic, bandana-clad Border Collie mix owned by Ricky Hansen, a local transient.

“He’s become a bit of a legend at this house,” Hansen said. “People come for the music, but they usually end up staying to chase [Cupcake] around a bonfire or to see how many potato chips he can eat. Which is a lot more chips than you would expect for a dog his size.”

Cupcake, who has an extensive history of preoccupying audiences with his precocious behavior, is known to attract a crowd by simply rolling on his back or enthusiastically drinking water out of a garden hose during backyard shows. The slobbering canine even manages to have a cathartic effect on visitors to the house.

“I’ve actually had some personal problems this week, so when I saw the flyer, I figured I’d just come out and hang with Cupcake while the bands play downstairs,” said one showgoer, who requested anonymity. “He really helps me relax. Plus, I don’t have to pay admission if I don’t go downstairs.”

Everyone agrees the biggest crowd pleaser begins when the music starts.

“Cupcake’ll hear it blasting from the basement, and you should see the reaction he gets when he starts barking and spinning around along to the music,” Hansen said, fiddling with the drawstrings on his poncho. “It’s probably not good for him to be around such loud music, but everyone seems to get a kick out of it.”

Members of Strong Reaction claim they won’t be returning to Buffalo anytime soon… unless it’s explicitly to visit Cupcake.

“That dog ruined our show, but he really was adorable,” said Wingate. “I sort of wish we didn’t play because I lost out on some quality time with that little guy. But I followed his Instagram account. We’re going to stay in touch.”