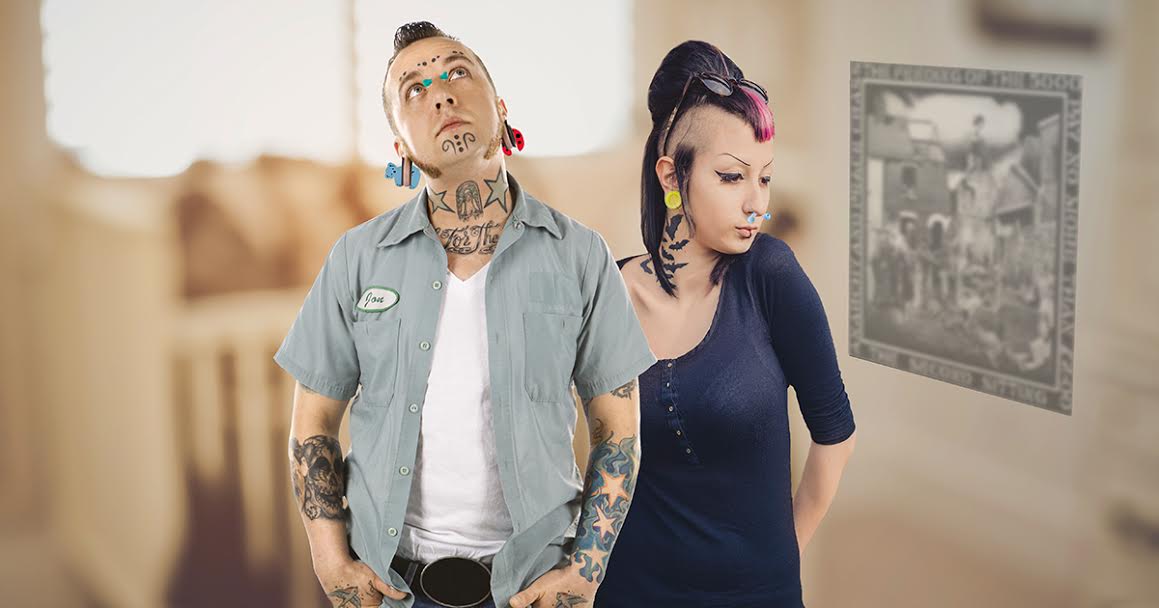 SEATTLE — A local couple expecting their first child began to baby-proof their lifestyle earlier this month, requiring major alterations to their array of facial and body jewelry, according to sources close to the soon-to-be parents.

Ted and Liz Browning reportedly realized the dangers upon their very faces after reading a limited-edition child-safety zine about the prevalence of choking among infants born to punk parents.

‘‘We committed to these piercings, so we can’t just abandon them,” said Mr. Browning, shining a tiny pair of Dr. Martens. ‘‘We’re going to do everything we can to preserve them while making sure nothing hurts our baby — other than the oppressive, fascist, capitalist system under which we all toil.’’

The mother-to-be, who believes providing a safe face for her baby to snuggle is critical to successful child-rearing, has been researching extensively for ways to increase safety.

“All of my ear hangers are basically functional knives, and gauging my lobes to exactly the width of a newborn’s fist pretty much eliminates tunnels as an option. I’ve got no choice but rubber plugs,’’ reckoned Ms. Browning. “And Ted is getting custom nose bones made. Child-safety experts recommend studs no smaller than the size of a baby mouth to prevent choking.’’

Despite their mutual sacrifices, Mr. Browning admitted his appreciation of the incomparable hardships his wife must endure.

“I might take out my Jacob’s ladder in solidarity with Liz’s doctor-mandated labial ring removal,’’ said Mr. Browning, taking a break from tapering the legs of a diminutive onesie. “It’s the least I can do. She’ll probably have to remove her engagement nipple-ring if she breast feeds.”

The notoriously anti-establishment couple has gradually come to appreciate the Consumer Product Safety Commission, acknowledging that, ‘’Shit, a lot of things can kill a baby.”

‘‘We may have to stop leaving open cans of spray paint out. Babies will swallow anything, without even being dared. We can’t let that happen to our future bassist,’’ said Ms. Browning.

The future parents next intend to find a car seat that fits in their decommissioned ambulance, and to begin the arduous process of removing the snakes from their couch.