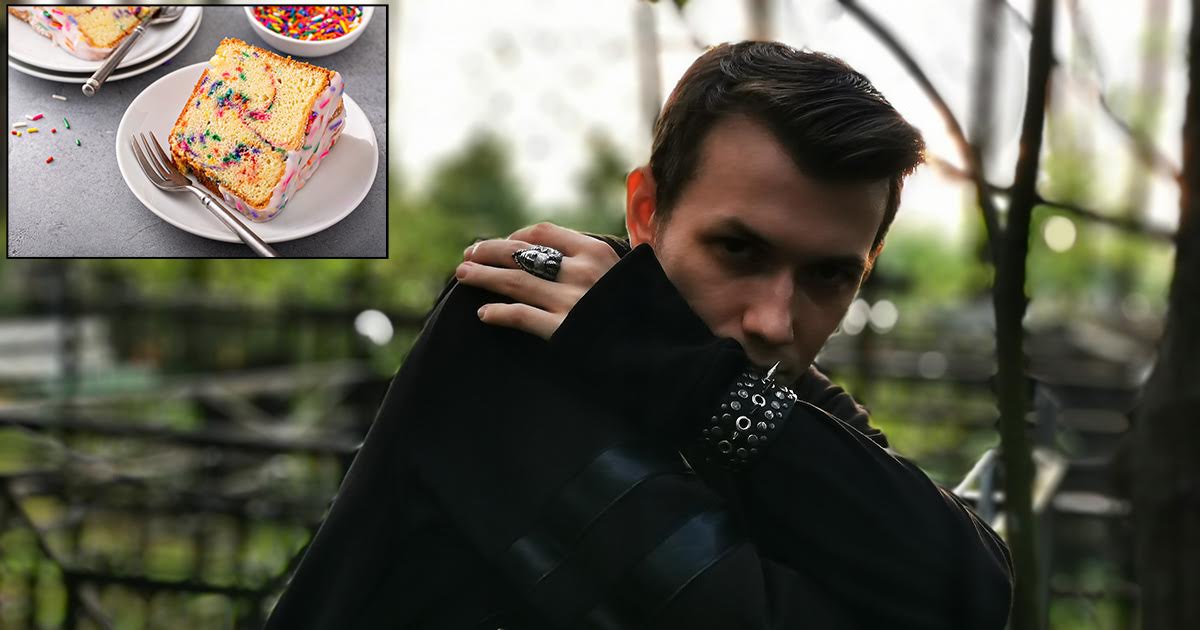 TOLEDO, Ohio. – Local goth office worker Todd Schmidt admitted privately that he is secretly craving a slice of the delicious Funfetti birthday cake that’s being served at the desk of a colleague.

“It’s moments like these that I start to question all the choices I made in life. I spent years building this persona, I wear all black, I have three cats all named ‘Lovecraft,’ and I haven’t smiled in public since I got ‘The Addams Family’ DVD boxset at a secret Santa gift exchange in 2016. But this is killing me, the sweet vanilla aroma, the whimsical rainbow sprinkles, and the rich buttercream frosting must be a flavor explosion,” said a visibly conflicted Schmidt sitting alone in his cubicle. “I was actually so excited when they brought it out that I almost belted out Happy Birthday. Please don’t tell anyone I just said that.”

Dwayne Anderson, the birthday boy, chimed in with his thoughts on his overly dramatic co-worker.

“Nobody would judge him if he started chowing down on this dope ass cake. I don’t know why he doesn’t just grab a plate and put an end to this, instead of walking by a million times like a jackass just to get a better look at it,” stated a party-hat wearing Anderson. “Everyone went through a goth phase, it’s not a big deal, I just wish he’d take himself less seriously. We’d offer him a slice but last Christmas he lost his shit on Joan for having the audacity to leave a cute gingerbread cookie on his desk, so ever since then it’s like fuck this guy, more cake for us.”

“Companies need to be sensitive to all their employees, especially brooding ones who claim their souls belong to the macabre and who will make the office a living hell if they don’t get accommodated,” explained Adams. “I hear from managers every day asking what they should do when a goth employee asks to work remotely from a graveyard, or wants a coffin in the breakroom, or brings in their emotional support ravens to work. My only advice is to let them work where they want, leave them alone, and whatever you do, don’t try to feed the birds because they will attack.”