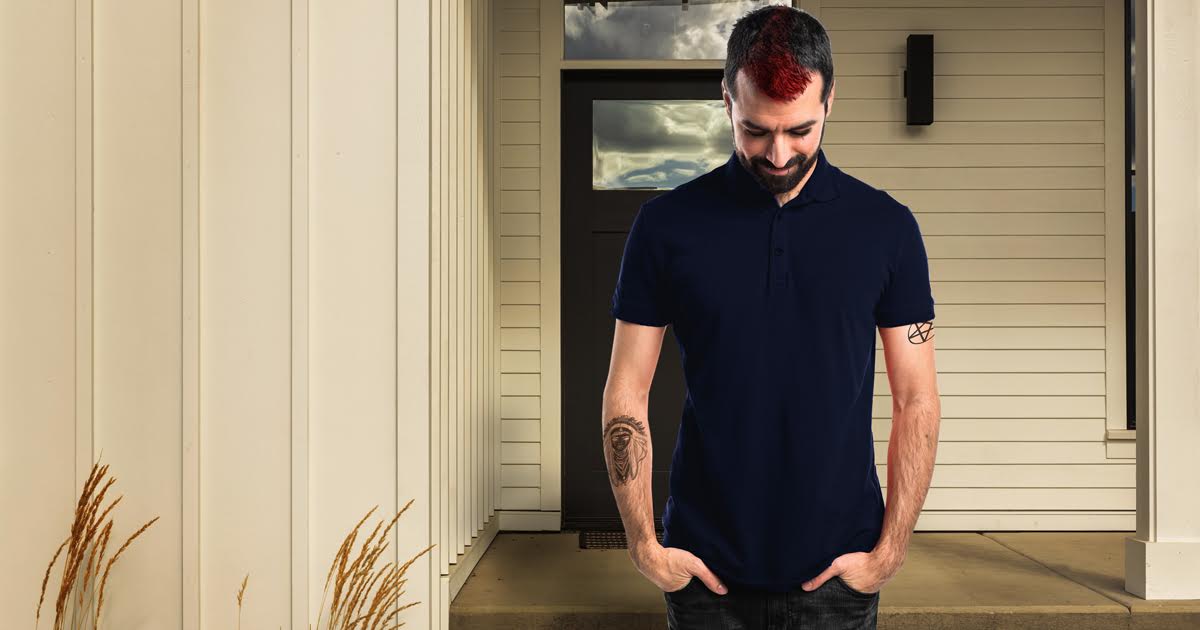 BUFFALO, N.Y. — A ray of off-seasonal sunshine last week showed local goth Mark “Markness the Darkness” Patel that his shirt was actually a deep blue, rather than black, according to multiple sources.

“Mark wore it when he and I went to do some grave rubbings, and when he got in the car, it struck me that I’ve never seen him wear an actual color,” said longtime friend Garret Daley. “He freaked out and made me turn around so he could go change. I’ve never seen him like that before. He’s usually so glib and monotone, but he was straight-up panicked.”

Patel was unsure how a navy blue shirt infiltrated his entirely black wardrobe.

“Every other time I wore it, I swear upon the dark lord Satan, it’s been black,” Patel exclaimed, eyeliner pooling in the corners of his eyes. “I just don’t know what I did wrong. I feel like the entire world is laughing at me, instead of me laughing at it.”

“Maybe it was blue the whole time. We live in the Hudson Instagram filter of cities, so of course it looked black. The sun will go behind some clouds tomorrow, it won’t come back for eight months, and everything will be back to normal,” said McQueen. “And, if I’m being honest, I thought it looked really good on him.”

While the despondent Patel worried about his goth cred, Buffalo’s head goth Paige Michalchuk released a statement, which read in full, “Who cares? Nothing matters.”

Compounding Patel’s dismay, the Pantone Color Institute confirmed that the shirt is indeed PANTONE 19-4020 TPX, also known as Dark Sapphire. “This young man is absolutely wearing dark sapphire,” said Pantone spokesperson Lydia Westbury. “It is a very common color, and can be seen on our Color Manager software for just $49. We also offer a Color Bridge set to easily compare different colors.”

As of press time, Patel had sent the remainder of his wardrobe to the Pantone Color Institute for analysis