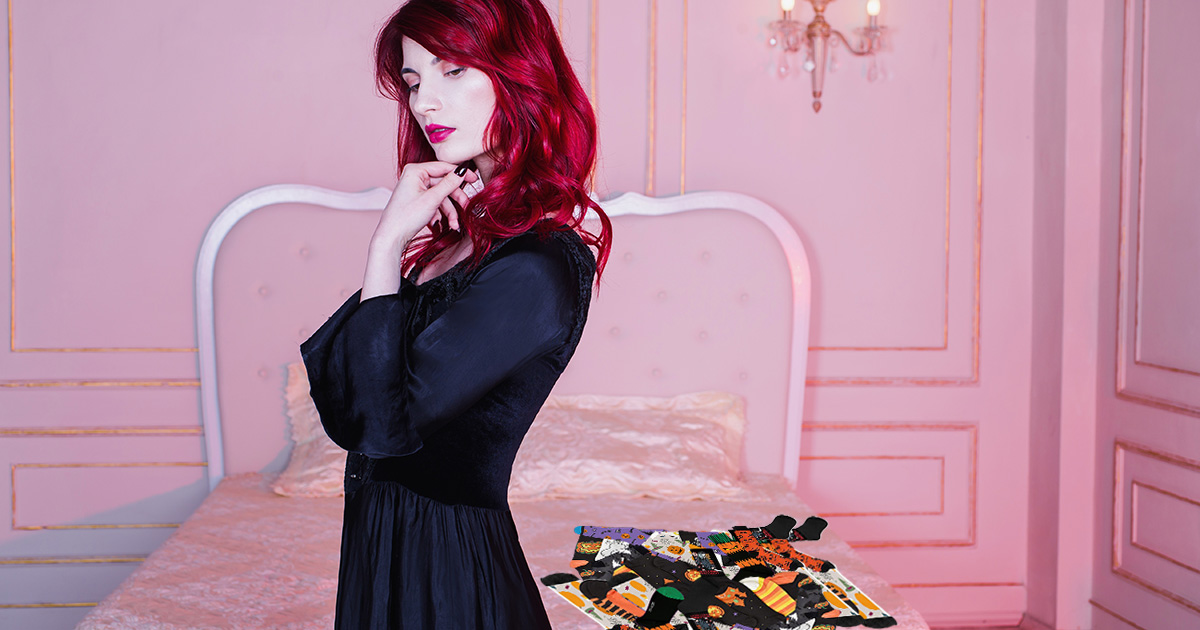 “Halloween is the only time when I can stock up on clothes to wear for the entire year,” Obsidian said while pulling up her pant leg to show off socks with sparkly purple bats all over them. “Was it prudent to purchase thirty-one pairs of socks at $9.99 a pop? Maybe not, but how was I supposed to know that comes out to $319.68? Quality socks like these are totally worth having to forego things like bread, almond milk, or toilet paper.”

Obsidian’s family has expressed concern about the misguided sartorial purchase.

“There was one time in high school that Ama used all of her lunch money for the week to buy a latex mini-skirt from Hot Topic, but that is small potatoes compared to this lapse in judgment,” said Obsidian’s sister, Jackie Webber, while ignoring a call from Obsidian. “There she is now, probably trying to invite herself over for dinner. I already fell for it once, and she had the audacity to wear her brand new ‘Beetlejuice’ socks when she came over to hoover up two servings of lasagna. That much ricotta cheese doesn’t just pay for itself.”

Obsidian’s long-term partner, Lair Nightblood, said he was trying to be “as supportive as possible,” but admitted he struggles with the inverse relationship between the lack of food and the abundance of Halloween socks.

“Look, when Amarantha first came home from the Spirit Halloween Store, I was genuinely excited about her Slimer, Chuckie, Jason, Mike Meyers, and Stay Puft Marshmallow man socks. But then I realized that was just the first bag. And that there were many, many, many more bags that were lurking in the back of her closet,” said Lair while he wearily rubbed his face. “Ama has always claimed to be a feminist that pays her own way. Recently though, she has been making me pay every time we go out. The clown on her IT socks just looks like it’s mocking me at this point.”

At press time, Obsidian was being escorted away from a Halloween party for putting too many free cookies in her purse.