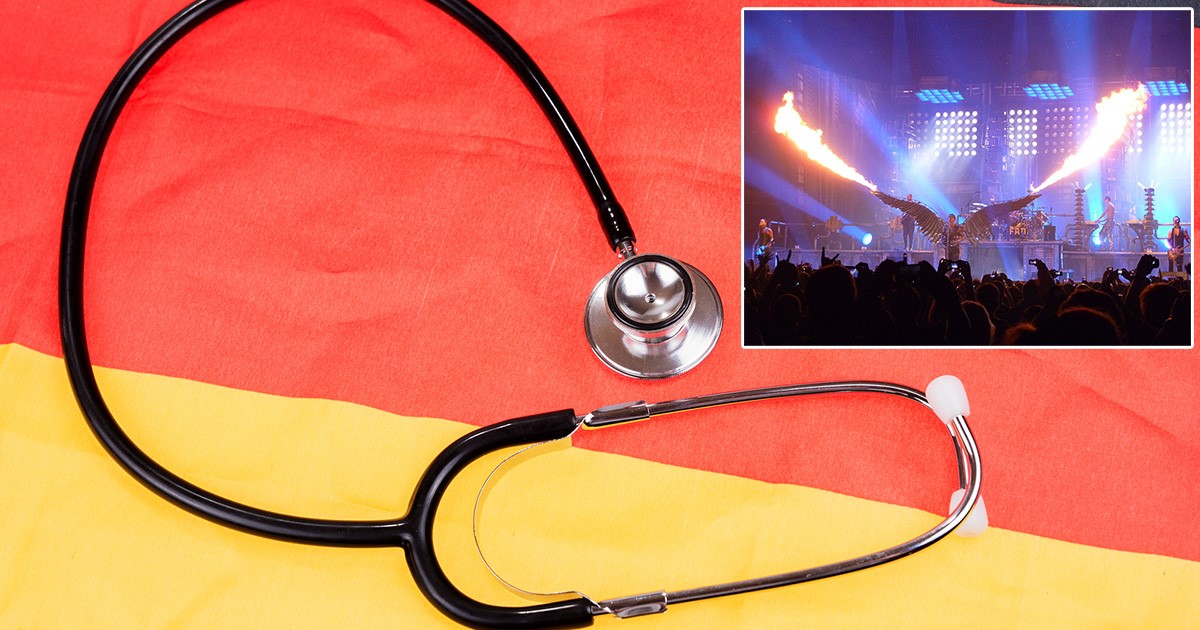 “Every time someone has to be treated for lacerations from a sex swing or over-dialiation of the urethra, Germany pays the bills, and we’ve found Rammstein is the leading inspiration for such calamities,” Merkel said at a press conference. “And frankly, our country is quickly going bankrupt as a result. German citizens will no longer foot the bill for scrotal distress or surgeries to reattach nipples stemming from repeated listens to ‘Sehnsucht.’”

The bill defines specific injuries known to occur in and around the Rammstein community — including, but not limited to, ballgag inhalation, collar burns, whip lesions, deep plug removal, and 56 other non-life-threatening injuries.

“This is a dark day for Germany,” Rammstein fan and professional submissive Dedric Becker told reporters while hanging by his foreskin from a chandelier. “If we cannot have our infections treated after a catastrophic golden shower incident while listening to the greatest band of all time, then what are we? Americans, that’s what!”

Rammstein frontman Till Lindemann released a statement shortly after the bill was passed expressing his frustration.

While a majority of the German population believe that whatever people do in the privacy of their own homes to whatever music they wish is their own business, most seem happy with the new restrictions on health care coverage.

“I myself love to play Rammstein’s ‘Mutter,’ have my husband put a saddle on me, and ride me around the backyard like a prize filly,” said Kreuzberg resident Lena Wagner after unzipping her leather mask. “But I don’t expect my neighbor to pay my chiropractor bill.”