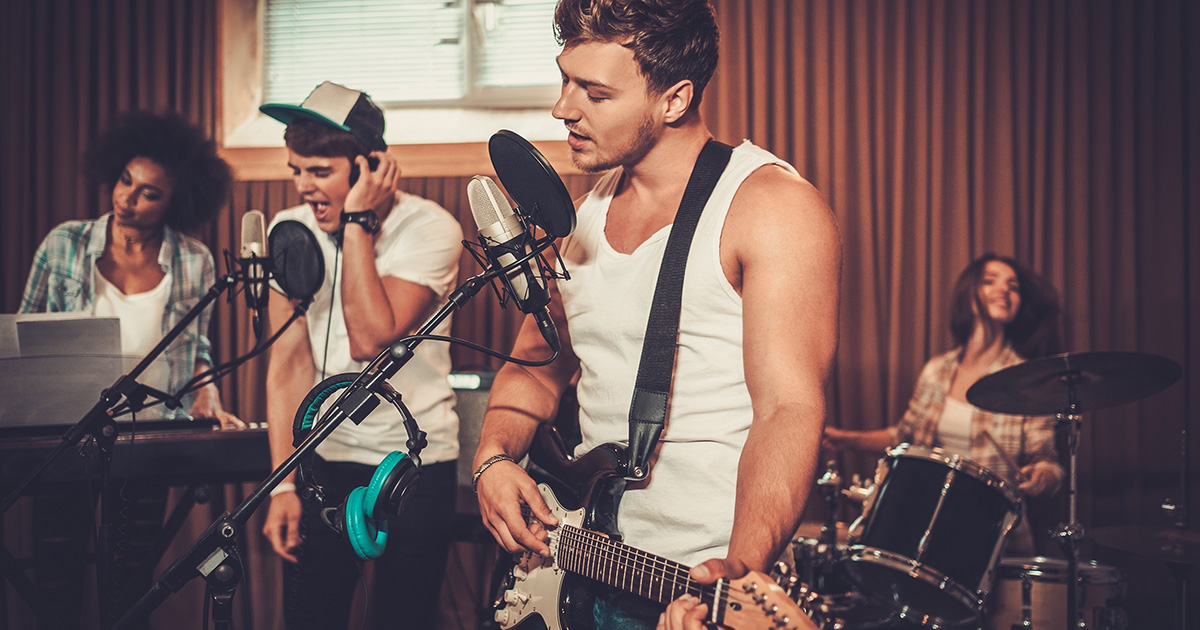 SCRANTON, Penn. — Toby Louvern, lead vocalist in doom-pop band Expired Sex, was stricken with the deepest existential terror of his life during a recent songwriting session when the group’s rhythm guitarist turned out to be “not a half-bad singer either,” petrified sources confirmed.

“It’s not fair, I tell ya! It’s just not fair! I’m supposed to be the singer. Me! Me! Me!” pouted Louvern while refusing to come out of the shared practice space bathroom. “I put my heart and soul into these songs. But who even am I any more if it turns out any old jagoff can move their voice up and down in time? I hope he doesn’t think he’s going to sing on the album, or get a live mic when we play shows. I will leave the band if that happens. Then this group will be nothing! They’re a bunch of talentless scum without a frontman like me.”

Guitarist Geoff Bentrell wasn’t fazed by his ability as a singer or by Louvern’s reaction.

“I was just playing the band a new song I was working on and, even though I don’t usually write lyrics, I wanted to sing a couple of ideas I had for the chorus. I swear I wasn’t trying to show off or anything. I guess I didn’t realize how upset [Louvern] would get about me showing how I thought the ‘na na na na, na na na nas’ should go,” explained Bentrell. “Really I blame myself for not knowing better. One time while we were having lunch our bassist hummed a couple lines of the Oscar Meyer jingle and Toby fully tackled him into a lit stove.”

“We weren’t even having hotdogs that day,” Bentrell added sorrowfully.

Band member dynamics expert Dr. Bridget Gross detailed how a shift in a group’s power center can have devastating consequences.

“Bands are inherently caustic by nature, as their overabundance of ego is near universally matched by an irresponsible lack of talent and skill. Any time the power balance shifts in the slightest it can lead to catastrophic reactions,” explained Dr. Gross. “Fortunately, in this instance, a guitarist trying to sing is fairly routine and might result in nothing more than a couple of awkward house shows. But if it had been a keyboardist or, god forbid, a trombone player, well then I doubt we’d ever find the body.”

Louvern was last seen manically plucking a ukelele he found and shouting that he “can play the dumb stringy boxes too” if he wants.