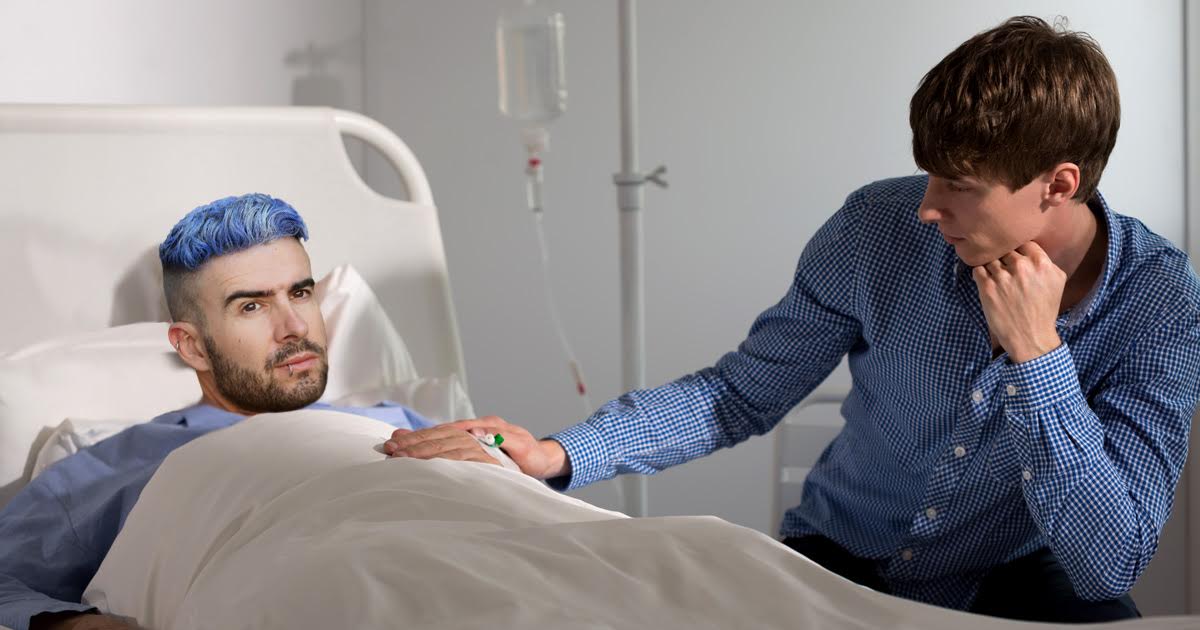 BUFFALO, N.Y. — Darren Freed met privately with his “best friend since junior high” early this morning to ask him to delete thousands of songs logged in Freed’s Spotify history, according to hospital officials.

Freed, who sustained life-threatening injuries after a botched stage dive, has feared his embarrassing history of music choices would bring “shame and humiliation” on his loved ones if made public.

Hoping to delete the playlist without disgrace, Freed summoned his best friend, Ian Scarcella — the only person with whom Freed shared his eclectic music preferences.

“I’m glad Darren trusts me enough to do this. We both have some skeletons in our closets when it comes to awful music,” Scarcella said. “I’m not going into too much detail, but we’ve spent hours driving around just talking about genres beyond punk and hardcore. We’re talking strange Asian shit, Disney soundtracks, period pieces, black metal, EDM… even ska.”

Those close to Freed claim he called the band 311 “shitty reggae-rock posers” often, but a leaked copy of Freed’s play history shows their song “Amber” as his most-played song, with “Beautiful Disaster” and “All Mixed Up” also appearing in the top 10. More shockingly, Freed allegedly listened to 311’s 2017 release MOSAIC on the day of his accident.

“You think you know a guy,” said scene regular Lee O’Neill. “But then you hear he has this whole separate, disgusting persona online. I heard he tried to lure a bunch of high school kids to his garage to start a synthpunk band. I won’t miss him. Good riddance.”

For his good deed, Freed bequeathed Scarcella his massive collection of pornographic DVDs and hard drives, which Freed kept in alphabetical order on his dining room table.