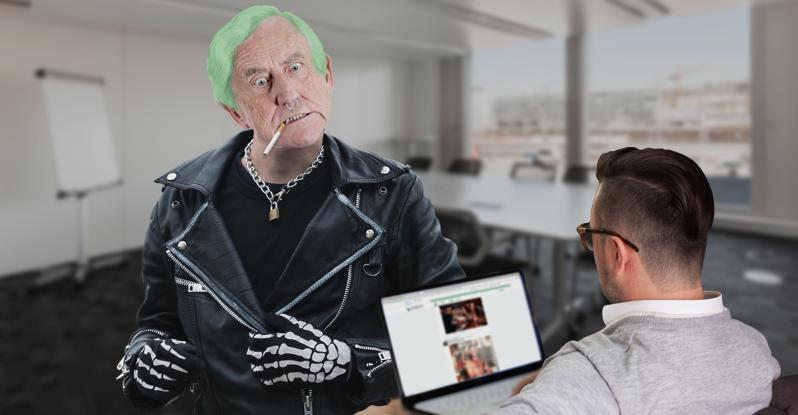 Barnes, a 23-year-old recent college grad, presented the plan to Davids after the lackluster social media response to his 14th studio album, Driveshaft(ed) in the Dark.

“Look Jimmy, if you’re not trending you may as well be dead already,” Barnes explained to the 71-year-old rocker, who is in perfect health. “Just think of your grandchildren — they’ve probably never even heard of you.”

Barnes’s pitch, which included a 33-slide PowerPoint presentation on the futility of life along with a detailed forecast of expected tweets-per-minute after Davids’s death, was reportedly well-rehearsed, polished, and lasted roughly 30 minutes.

“I get it. I’ve read that when ‘Driveshaft Me’ came out on Crank My Engine in ’76, it was inescapable on terrestrial radio — but things don’t work like that anymore, Jimmy. You’ll never have another Tire Alignment, Rambling Wax Job, or Drive-Through Shafting without the proper digital strategy — so we need you to do this for us and for you. What don’t you get about that?” the young creative questioned, staring coldly at Davids from across a meeting room inside the Spiked Recordz L.A. office. “We have reason to believe that you’ve never been on Snapchat. And I don’t mean you’ve never had an account — I mean, literally no one has ever taken a picture of you on Snapchat.”

“Not even in the background or on accident, Jimmy,” Barnes added. “Not even once.”

After the presentation, Barnes reportedly flipped on the lights and continued to stare down Davids in complete silence until the once-legendary rocker began to plead with him.

“Hey, baby… you know that’s just how the music industry rolls, momma. Sometimes it’s this or that — flowers and LSD — other times it’s these new clothes you got me in,” Davids said, his voice shaking. “I guess now you’re saying it’s all Twitters and Googles, baby, but you know I still got it. Just give me the chance to rock these kids.”

Barnes cut him off and leaned forward, planting both of his hands on the table.

“No. What we’re saying is that you’re not doing well, Jimmy,” Barnes said, licking his lips. “So we’re going to do everything we can to put you in a better place.”