Guitarist on Deathbed Sounds Out Killer Riff to Rest of Band 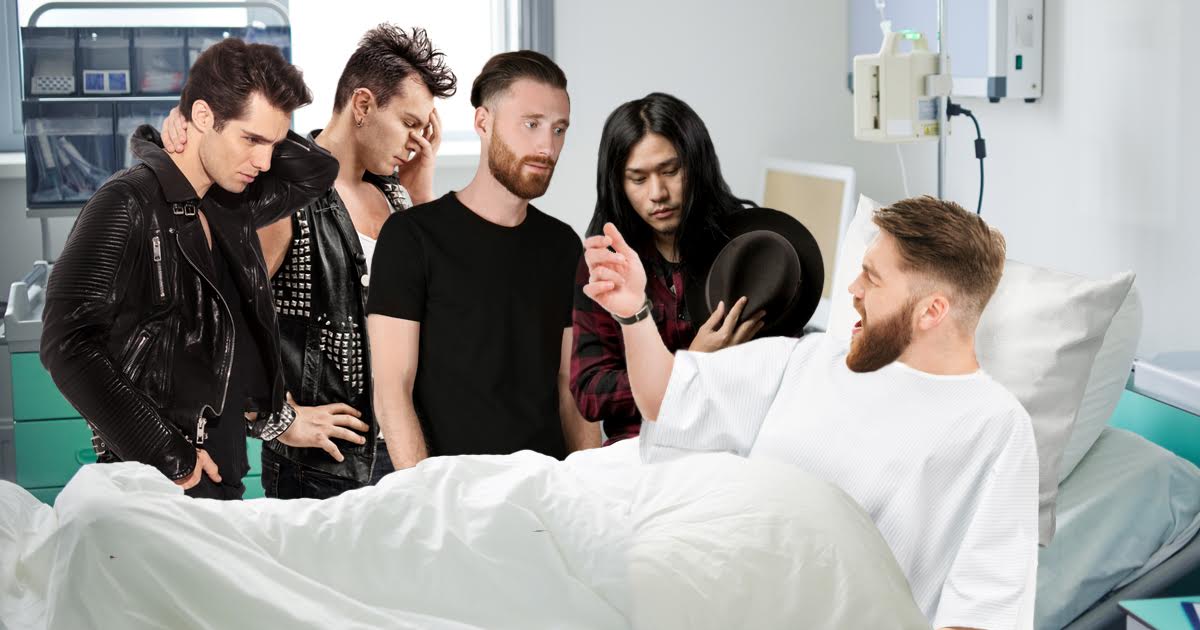 ELGIN, Ill. — Arthur McInerney, lead guitarist for the technical death metal band Magmarok, passed away Thursday following complications with Type 2 Diabetes, but not before sounding out an “insanely sick” riff to the rest of the band, according to witnesses.

Sources close to McInerney, 31, reported he replicated the power chords with his mouth while alternating between illustrating the notes via air guitar and keeping time on his hospital bed food tray.

“It was a transcendental experience,” said drummer Mikey Dappati. “He just lit up suddenly and said, ‘Gang, I got a face melter that’s gonna take shit to the next level.’ And he just went in on it while stopping to cough a couple times, that brave bastard.”

McInerney, a self-described “hot lick machine,” developed adult onset diabetes due primarily to his consumption of sodas and juices high in sugar, according to bandmates. Close friends claimed his habit stemmed from taking on a straight edge lifestyle at the age of 12.

“Sort of a cruelly ironic twist,” said Tegan Mitchells, vocalist. “He was adamantly against drugs and alcohol — y’know, ‘poisons your body’ and all that. But now, it’s pretty apparent that eating nothing but Skittles and drinking 16 Mexican Cokes a day can be just as deadly.”

At Presence St. Joseph Hospital, one employee described the scene as heartfelt, if not confusing.

“There was this sort of shrill ‘duh nuh nuh, DUH NUH NUH’ sound coming from his room,” said Dr. Margaret Estero. “I thought he was in pain, but I guess that was just the bridge.”

Although the main riff was successfully conveyed, bandmates lamented McInerney’s slow drifting into the void without finishing the outro, which he earlier claimed was “the part that kicks the most ass.”

“It’s a damn shame,” Mitchells said, choking back tears. “We lost him just before he could get it out. We begged him to stay with us just a moment more, but no. He’s gone, and now we’re missing him and an essential part of the glorious shit-kicker we knew he was bequeathing to us. Fuck. Rest in power.”