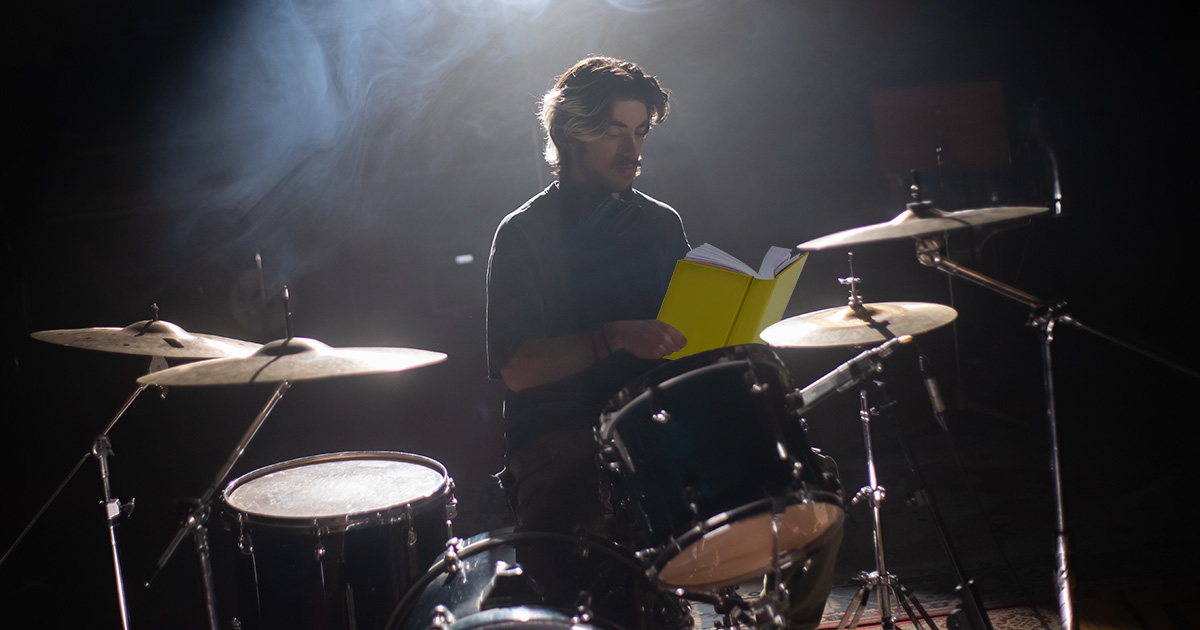 “I love being in this band, but I’m also a pragmatist,” said the Witch Skin drummer while breaking down his kit after a recent show at The Whitewater. “My mom always said to have a backup plan, so I applied to law school at her urging. Luckily for me, with this band I’m only using my hands like three times a song and the songs are 18 minutes long. Suppose we’re playing ‘Howling Sacrament.’ There’s a long stretch where I’m just doing this plodding kick drum beat, so I’ll put my textbook on the snare and review some sample test questions or bone up on tort law or something.”

Hennion’s bandmates are accepting of his use of time during their performances.

“I think it’s cool that he’s so ambitious,” said guitarist Trent Gardner. “Good for him for trying to better himself. Honestly, sometimes when I’m just holding a chord until it degrades into a dense wall of pummeling noise, I’ll get in a little reading on my phone. I keep it on top of my amp, so the audience figures I’m bringing the guitar close to the speaker to get really sick feedback. While that is true, I’ve also managed to get halfway through ‘Gravity’s Rainbow’ so far on this tour.”

This kind of multitasking is not totally unique in a metal genre that relies so heavily on the space between the notes, according to Kate Geissler, author of “Loud, Slow and Heavy: An Oral History of Doom.”

“I remember speaking with the bassist of sludge band Ritualistic Abuse, who happens to also be a biologist,” said Geissler. “Some of their songs only require him to play one or two notes per minute. When he first started with the band he used his downtime to learn to speak Spanish. After becoming fluent in at least two dozen foreign languages he moved on and would use that spare time to work on simulating protein dynamics. The man is now one of the most respected scholars in the west. Frankly, it seems like a waste not to take advantage of that free time.”

At press time, doom guitarist Archer Velázquez was set to receive a National Book Award for his debut novel, the majority of which was written between chords on stage.