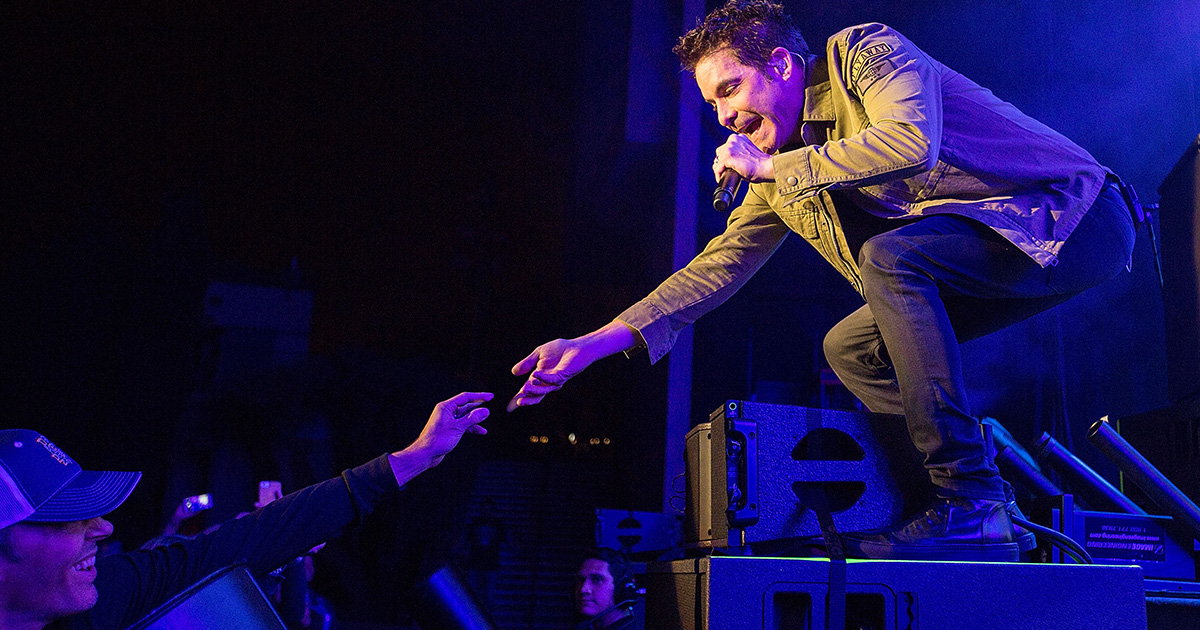 “I knew something was wrong when ‘Drops of Jupiter’ came on the radio, and instead of changing the station to something less horrible, Evan turned up the volume,” said Pedro Bailey, a close friend of Carr. “I’ve never seen him like that before. It shook me to the core, to be perfectly honest.”

After being cut down to one shift per week delivering food for Pizza Emporium, and a not-so-amicable break up with his longtime girlfriend, Carr grew increasingly despondent.

“We tried to get him into therapy after I found a Train ticket in his nightstand drawer,” said Carr’s mother, Shelley. “He told me he had no intention of using the ticket, and not to worry about him because he was a ‘Bulletproof Picasso…’ whatever that means.”

In a twisted response to the concerns of his loved ones, Carr invited them along to “hit Train with him,” insisting that “it would be fun.”

“This kind of disturbing behavior is most prevalent in winter months. It’s usually not an indicator of the person’s character, but, more likely, a cry for help,” said Emma Cower, a therapist specializing in seasonal depression. “But, sometimes, you’ll get a rare case where someone commits an act of self-harm you never see coming.”

Those who have known Carr for years say all of the warning signs, so clear in hindsight, were ignored.

“Something was off about that guy,” said Brittney Fonseca, a former college classmate of Carr. “He was always trying to get people to listen to Matchbox Twenty songs that came out, like, 14 years ago, and singing ‘Mr. Jones’ to himself in the halls. Yeah, it’s sad, but no one is surprised.”

Showing support, some of Carr’s friends and his “Soul Sister,” Caroline Carr, accompanied him to the concert.

“Train got on the first track, and I ran for safety,” said Ms. Carr. “I thought this was going to be one of Evan’s ‘50 Ways to Say Goodbye,’ but he came out of it alive. Not unscathed, but alive.”