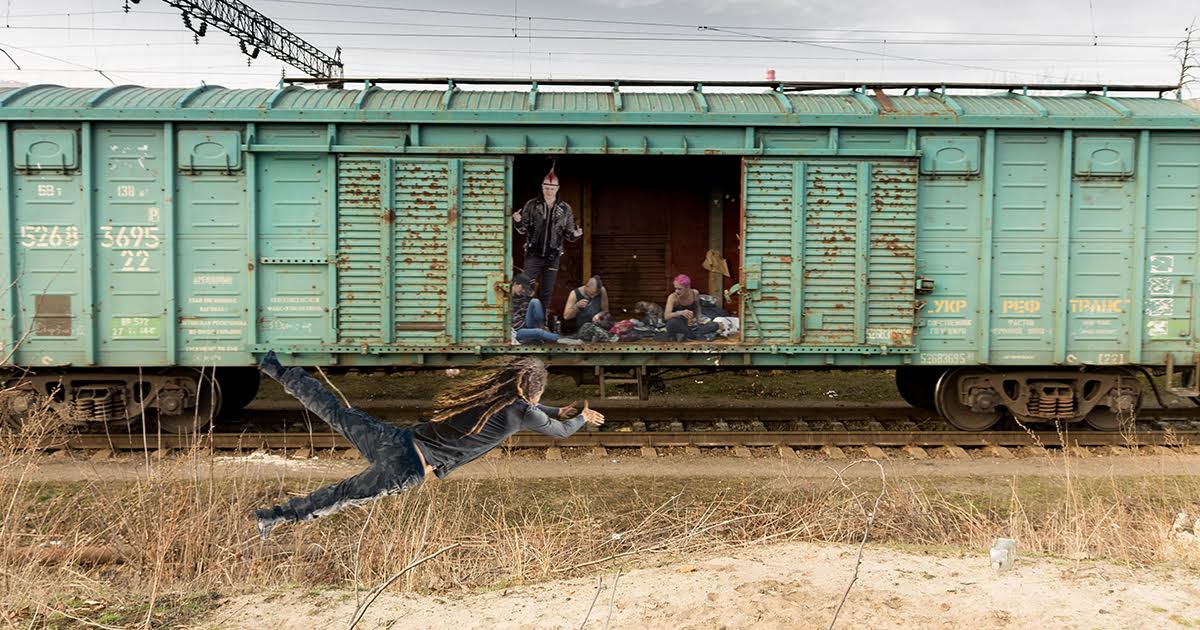 “Overbooking is a common practice in train hopping, because so many people choose the easiest boxcar to jump. So we all end up cramming in the same car with our dogs and shit. It was so crowded, ‘Slow Poke’ Tommy asked for four volunteers to leave the train,” said “Two Boots.” “Three members of the Rainbow Family got up and left, because they’ll do whatever Slow Poke asks them to do. But finding the fourth was tough, and that’s when things took a turn for the worse.”

According to eyewitnesses, “Slow Poke” singled out the unidentified crustie, grabbed him by his dreadlocks, and dragged him all the way to the front of the car. “Slow Poke” then allegedly threw him out of the train, as the road-weary oogles watched in horror.

“I can’t believe my family of travelers I met last week in Topeka had to witness this,” said Billy Vomit, a crust punk and well-known busker. “That guy was a doctor too — I mean, homeopathic and uhh marijuana based stuff mostly — but he had to get back to his patients.”

Despite the outcry, “Slow Poke” Tommy defended his decision to remove the traveler.

“Now, listen up, and listen good, you hear? That boy warn’t nothin’ but a fake. His clothes still smelled like his mama’s detergent. It’s my policy to remove anyone like that, in order to ensure safe passage for all the other travellers,” said “Slow Poke.” “If he stays on board, it creates a domino effect. Soon, we could have crowds of normal folk on our trains, just riding them for the fun of it. Can’t let that happen. No, sir.”

Witnesses, speaking on the condition of anonymity, confirmed efforts to locate the crust punk have so far proved futile.

A representative from Union Pacific was later reached for comment. “There are people riding our trains?” he asked. “Please excuse me. I need to call the police.”