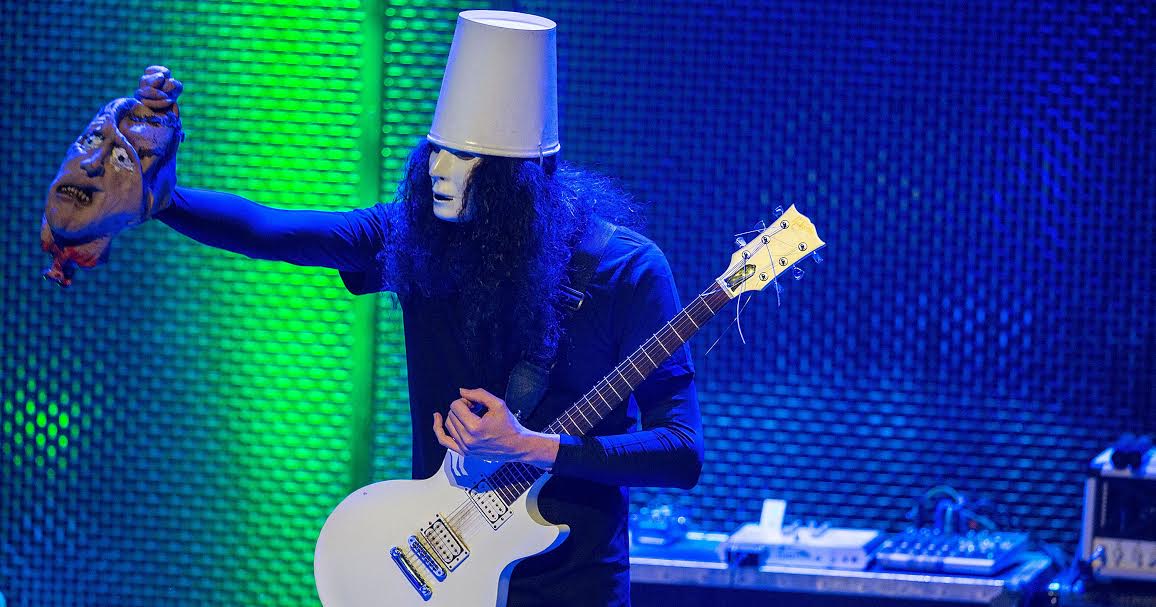 LOS ANGELES — Prolific metal guitarist Buckethead finally revealed the origin of his nickname today at a press conference, settling a long-standing debate once and for all.

“For decades, people have wondered how I came to be known as Buckethead. I am now ready to reveal the truth,” said Buckethead in front of reporters and fans. “There have been more questions than answers: What does it mean? Where did it come from? I must say, the rampant speculation really gave my career a boost.”

“With everything going on in my personal life, I need to get this off my chest once and for all,” said Buckethead, his face still underneath a bucket and possibly holding back tears. “I’m called Buckethead… because of this very bucket I wear on my head. I use the bucket on my head sort of like a hat. That is where my nickname came from.”

The revelation drew audible gasps from the crowd.

“Oh, my god!” exclaimed José Pérez, a self-proclaimed “life-long Buckethead superfan.” “There’s been so many theories over the years: I first heard that it was a reference to huffing out of paint buckets. But my buddy Wayne was a roadie for Guns N’ Roses when Buckethead was in the band, and he told me Buckethead was trying to raise awareness for macrocephaly — that’s when somebody’s got a big-ass skull.”

“I never could figure out where the name came from,” said fan Emily Wanna in a Facebook post. “Now that I look a little closer, I can definitely see that is, in fact, some sort of bucket on his head. I always assumed his actual name was Buck Ethead, and he just stylized it a little.”

With the mystery solved, metal fans around the globe are now trying to uncover the meaning of the nickname of deceased Pantera guitarist “Dimebag” Darrell Abbott.

All Hard Times t-shirts now available in ANY color we printed them in: