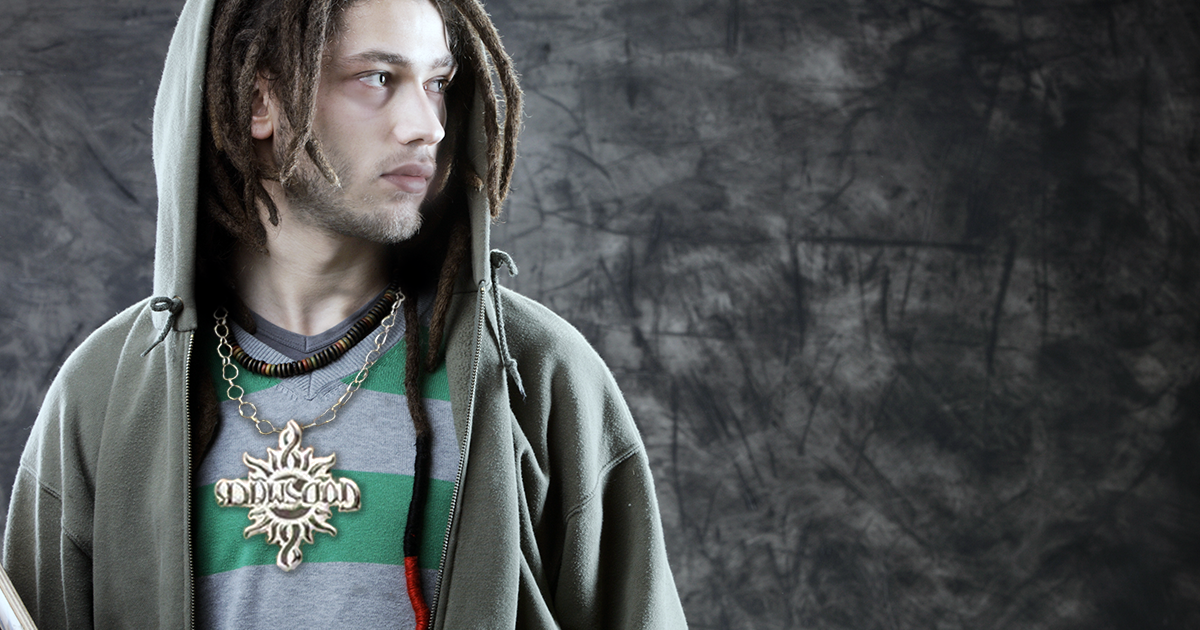 NEW BRUNSWICK, N.J. — Rutgers University sophomore Mike Holloway declared today that he “doesn’t believe in Godsmack,” calling himself a “nü-metal atheist, fighting for truth and reason,” according to apathetic onlookers.

“All these gullible morons think Godsmack is so great,” said the 20-year-old of the once-popular rock band. “Well, if they’re so great, how could they allow a song as bad as ‘Keep Away’ to exist? No band would be cruel enough to let that kind of evil into the world.”

“Nü-metal is bullshit,” Holloway added, unprompted, to no one in particular. “All these nü-metal people keep talking about the ‘holy duality’ of rap and rock, and that both exist in this ‘one, perfect genre.’ But rap and rock are two different things! How can they both be part of the same music? It doesn’t make any logical sense!”

Those close to Holloway were surprised by his declaration.

“I can’t believe he said that!” said Kelley Haynes, Holloway’s high school ex-girlfriend. “You should have seen Mike when we were dating. He was so into nü-metal, he kept trying to bring me on these camping trips where he and his weird friends would sing Limp Bizkit songs around a campfire. I mean, I always believed in Godsmack, and I even listen to their albums pretty regularly, but Mike was so intense about his beliefs that it creeped me out.”

“Mike’s changed a lot,” admitted Ellis Lopez, Holloway’s first dorm roommate. “Freshman year, he had all these Korn and Disturbed posters all over our room. Now, he goes on and on about how none of that stuff is real. I wonder if it’s because of that philosophy class we took last spring — Dr. Plager always talked about how ‘the aesthetic principles of musical evolution leave no room for the existence of a supreme genre.’”

Holloway insisted he “will not be proven wrong about his beliefs.” However, sources report his current girlfriend, Janet Ingram, is trying to convert Holloway to the Church of Phish of Latter-Day Deadheads.