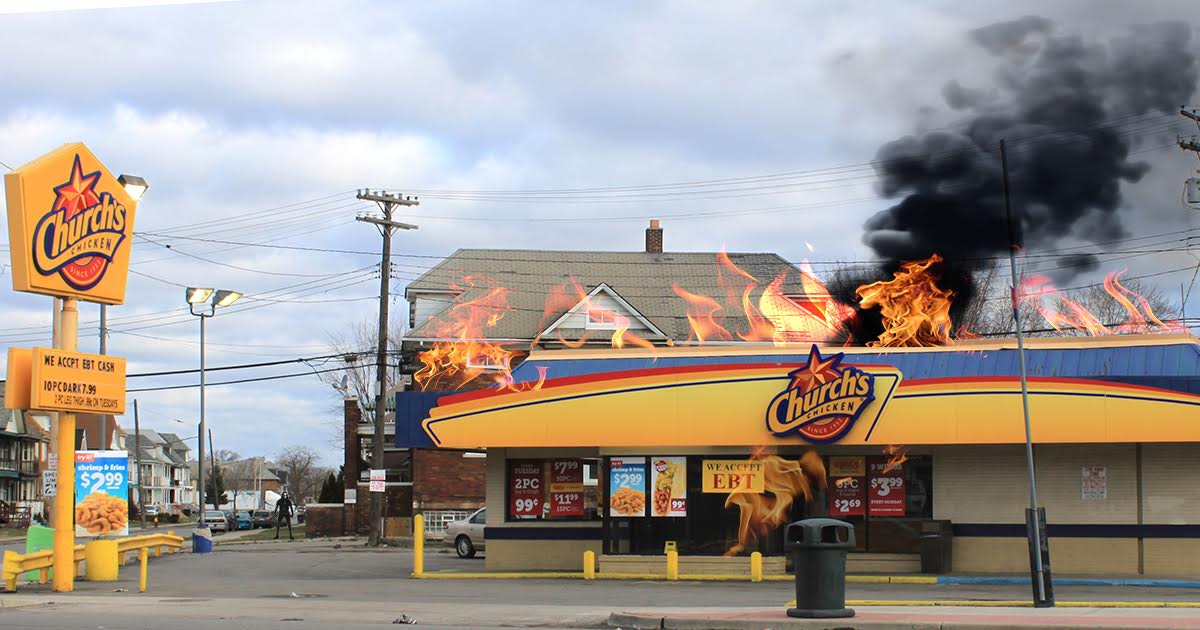 “I know black metal better than anyone in this state. I am almost finished reading Lords of Chaos, and, man… black metal used to be so huge back when the Mayhem guys were out murdering each other and going straight Charmeleon on every house of worship in sight,” Nyxx said. “Now, it’s all about what your corpse paint looks like? No way, dude. It’s time to bring black metal back to its roots here in Alabama.”

Nyxx explained his reasoning for targeting the fast food chain.

“That place is the lovechild of the two things in this world I despise most: processed meat stripped from abused and inhumanely treated animals, and organized religion. I saw it as a sort of ‘two birds, one stone’ opportunity,” said Nyxx in the lengthy post. “Anyone who bows to an empty God or eats a bucket of drumsticks for dinner is part of America’s biggest problem. You people are why I want to just move to the dark woods of Norway and be done with this hellhole of a country.”

The once-bustling and profitable Church’s Chicken on 34th Avenue is now nothing more than a charred pile of rubble and ash.

“This was truly a senseless act of vandalism done by a true poser,” said Fire Marshall Gilberto Juarez. “We have countless houses of worship over a hundred years old in this county. If he was really metal he would have taken out one of those churches, and not just the fourth most popular chicken shack in town.”

The fire reportedly inspired Nyxx to start work on his band’s next release.

“I’m actually writing a concept album about the thrill I got when I watched the building collapse under the flames. There was something so poetic about it that I couldn’t shake,” said Nyxx. But the smell of the chicken carried for miles and lingered for a few hours, which was gross.”