Anthrax Also Surprised They’re Considered One of The Big Four 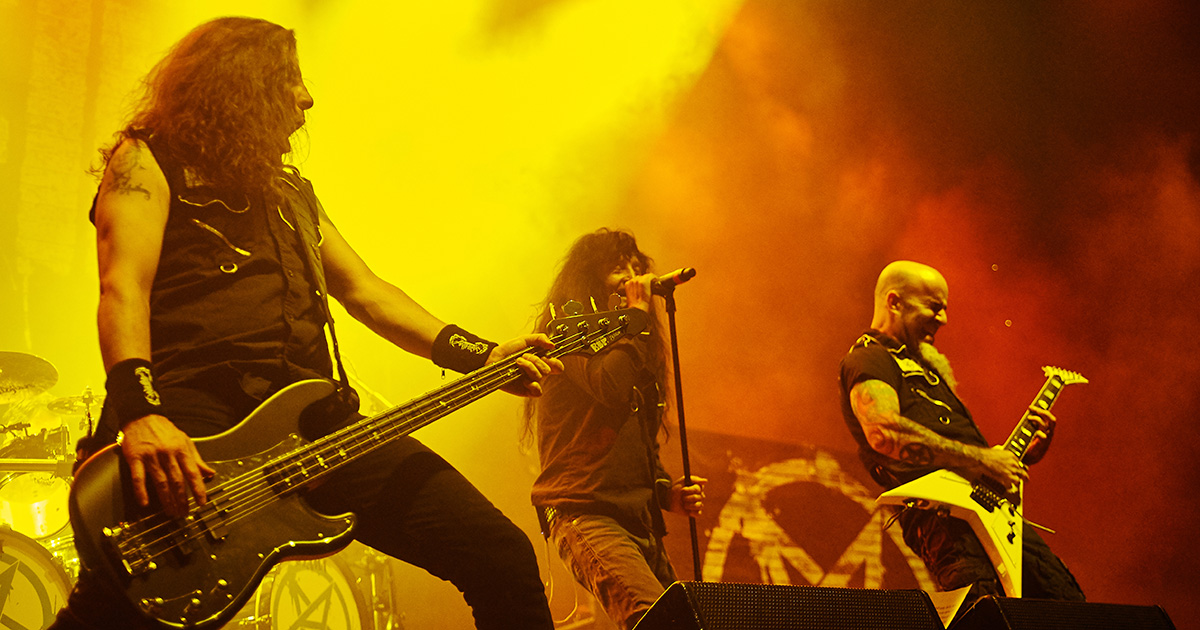 “Look, I love our band. I’m so proud of what we’ve accomplished over the past four decades,” declared founding guitarist and famed VH1 personality Scott Ian backstage from a janitor’s closet. “But Metallica? Slayer? Come on, those are household names. My mom knows songs by those guys, but she can’t name more than three Anthrax songs. Hell, even I’d be lost without a paper setlist every night.”

Indeed, to the surprise of many, the canonical “Big Four” of thrash metal is officially composed of Metallica, Megadeth, Slayer, and somehow, Anthrax.

“We in the Big Four have always had a family-like connection,” explained Slayer bassist and singer Tom Araya from his much nicer green room. “Metallica and Megadeth are our cool, gay dads, and Slayer is the brother who is in and out of jail frequently.”

“And that’s all of us, right? No? Oh, yeah — our current tour-mates, Anthrax. That’s right,” continued Araya. “Anthrax is like, your second cousin twice-removed. Is that your mom’s cousin? No, that’s just your second cousin. What does twice-removed mean? I think maybe great aunt? Shit, sorry. Regardless, you’re always a little surprised to see Anthrax amongst everyone else, but they’re really chill so it’s fine. Personally, I’d put Testament at number four, but that’s just me.”

“I don’t know what any of you are talking about,” protested Anthrax fan Emilia Schröder at the Anthrax VIP meet-and-greet, which cost less than a full price non-VIP ticket. “Their status as legends is as solid as Asher Roth’s place on the Mount Rushmore of Hip Hop. You know, it goes Tupac, Nas, Biggie, and clearly, Asher Roth. Everyone knows that.”

At press time, Anthrax bassist Frank Bello was being escorted off of venue premises after losing his VIP lanyard, unable to convince security that he was in one of the bands.