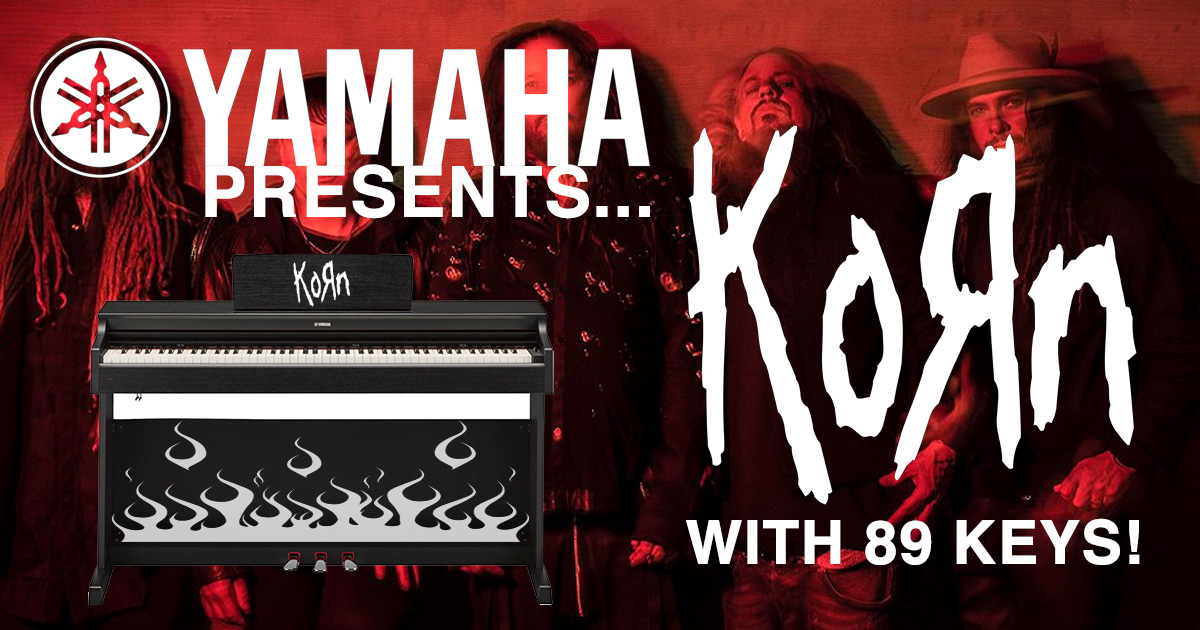 “I just wasn’t getting what I wanted from a standard 88-key grand piano,” said Korn guitarist Munky. “As an artist, I need to be free to explore my creativity with no limitations. That’s why we’re stoked to bring you our own custom piano with one extra key. Imagine what kind of twisted concertos Mozart could’ve come up with if his piano had one extra string that was so loose it practically dragged the ground. Well, now you don’t have to, thanks to us.”

“The folks at Yamaha were super amazing about accommodating all of our mad scientist ideas — like tuning down a whole step, and blacklight keys,” Munky added. “When Fieldy suggested throwing in some loose BBs to rattle around on the soundboard, everyone in the room was like, ‘Whoa, that sounds like fucking shit.’ And I knew our job was done.”

A Yamaha representative spoke to the challenges of tailoring a new instrument to Korn’s established, iconic sound.

“Their only requirement was the extra key,” said Yamaha chief engineer Osamu Otsubo. “They don’t care that the key serves no purpose other than creating a low, sputtering rumble sound. It turns out that’s their thing, I guess. It may seem like an odd move releasing a nü-metal piano in 2021, but these guys are still huge in Europe, and it’s really not that costly to plunk an extra key into one of our defective units. Only half of the keys need to pass quality inspection — it’s a safe bet these bad boys won’t see any action east of middle C.”

Fans on the popular message board kornspace.com are excited to finally be able to accurately adapt their favorite songs to a new instrument.

“I’ve been uploading my own piano covers of Korn songs for years, but so far none of them have sounded like an old motorcycle farting. Well, all that’s about to change,” said famous YouTuber vkgoeswild. “I’m pre-ordering the deluxe model that comes with a mini bagpipe that is guaranteed to piss off my parents so bad they fucking move out and I can finally have the house to myself.”

The piano is expected to retail for $420, and the first 1,000 units sold will come with a voucher for a free eyebrow piercing at any participating body modification studio.