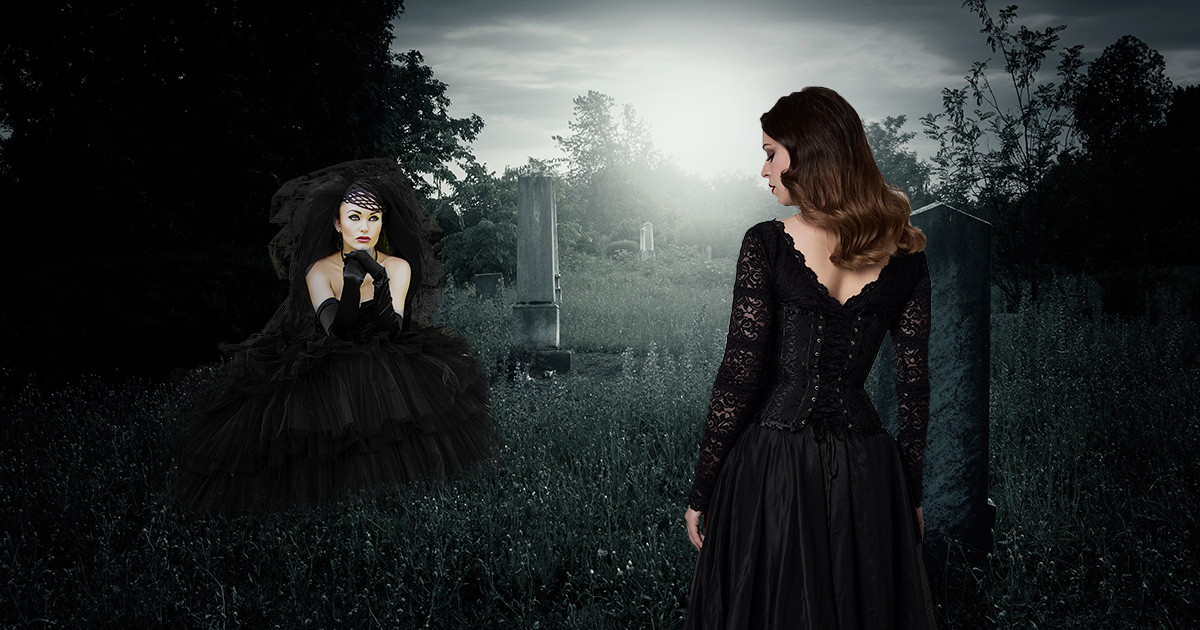 “Darcy and I were best friends in middle school, but sort of lost touch. So I thought it was really cool that she invited me to her wedding… at least, it was cool, until she angrily stomped towards me, tossed back her lace veil, and threw a glass of absinthe in my face,” explained Fultz. “I didn’t even know what the hell I did wrong until one of her cousins explained it was rude to wear black to a goth’s wedding. I know the rules about not wearing white to a wedding, but I had no idea the rules were different when your pale friend with black hair who only listens to The Cure was getting married.”

While Fultz insisted she had no idea black was off-limits, the bride believed Fultz was still “100% to blame” for the fashion blunder.

“She should have known by my ‘Nightmare Before Christmas’-themed wedding invitations that I’d be wearing a dress blacker than the darkest night. I don’t care that we haven’t talked since we were 11, it’s just plain rude,” said Deltoro. “Hell, I kicked out my new brother-in-law for showing up in his dumbass steampunk top hat — I sure as hell wasn’t going to put up with her black dress bullshit.”

“When the groom stepped up to the altar looking like that old WCW wrestler Sting, I knew we were in for a shitshow. But it wasn’t until later that I saw what a bridezilla Darcy was… or as she called herself, a ‘bridechulthu,’” said Parker. “She demanded all the bridal party put on these uncomfortable, latex, plague-doctor masks for the nearly 30-minute long photoshoot, and then the couple’s first dance was to a nine-minute song by This Mortal Coil. I thought her poor grandmother was going to pass out from standing that long.”

The happy couple is reportedly spending their Day After photoshoot doing “the most romantic thing imaginable,” which is picking out his-and-her burial plots.