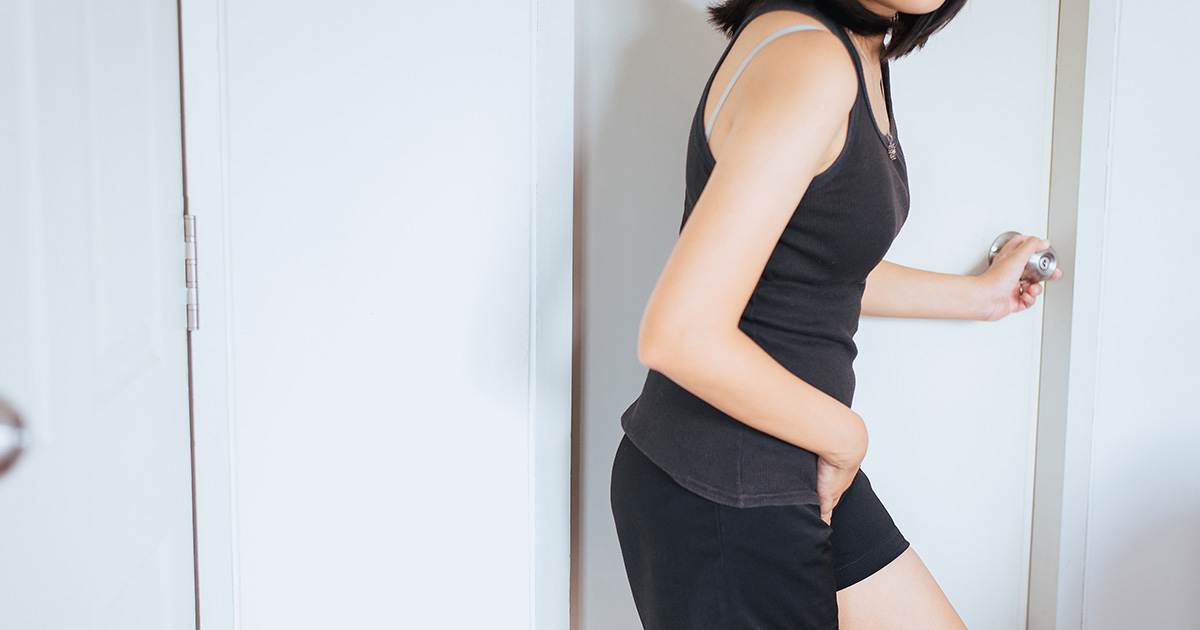 NORTH HALEDON, N.J. — Local woman and dedicated shower pisser Esme Hill reportedly held her urine in longer than usual on Tuesday night so she could have a turbulent and satisfying shower pee.

“I’ve got this down to a science,” said Hill while doing the pee-pee dance. “This is my only chance to really piss while standing up, so I have to make the most of it. I’ll hold it in as long as possible so by the time I get in the shower, it will be one long luscious stream of freedom. It just feels so satisfying and limitless to throw my arms into the air while firing away. Sure, I might be totally soaking my roommate’s shampoo bottles in my own urine, but a shower is a self-cleaning receptacle, so it all rinses off, right?”

Hill’s roommate, Shania Embertson, did not share the same enthusiasm for peeing in the shower.

“Look, I understand that everyone loves a good shower piss, but does she have to be so obvious about it?” said Embertson while disinfecting the shower’s floor, walls, and soap holder. “The least she could do is scrub the bottom of the tub every once in a while. There’s literally a yellow stain forming, and I don’t believe for one second that she’s doing any of this to save water. I could hear her yelling ‘hot piss in the shower makes me feel so alive’ all the way from the basement yesterday. Not exactly subtle.”

According to Dr. Cliff Nussbaum, a Professor of Physiology at Cornell University and expert in human excretion, Hill’s behavior actually has longstanding global benefits.

“Esme’s actions are not uncommon, and they’re extremely beneficial to the environment,” said Dr. Nussbaum. “Less waste material is being used, she’s saving water, and she’s not getting any nasty junk on her hands when she goes to wipe. You know how you can never truly get every last drop? Her method is simply more hygienic.”

At press time, when asked if she has plans to explore more alternative peeing scenarios, Hill informed reporters that she will be testing the waters at an indoor waterpark this afternoon.