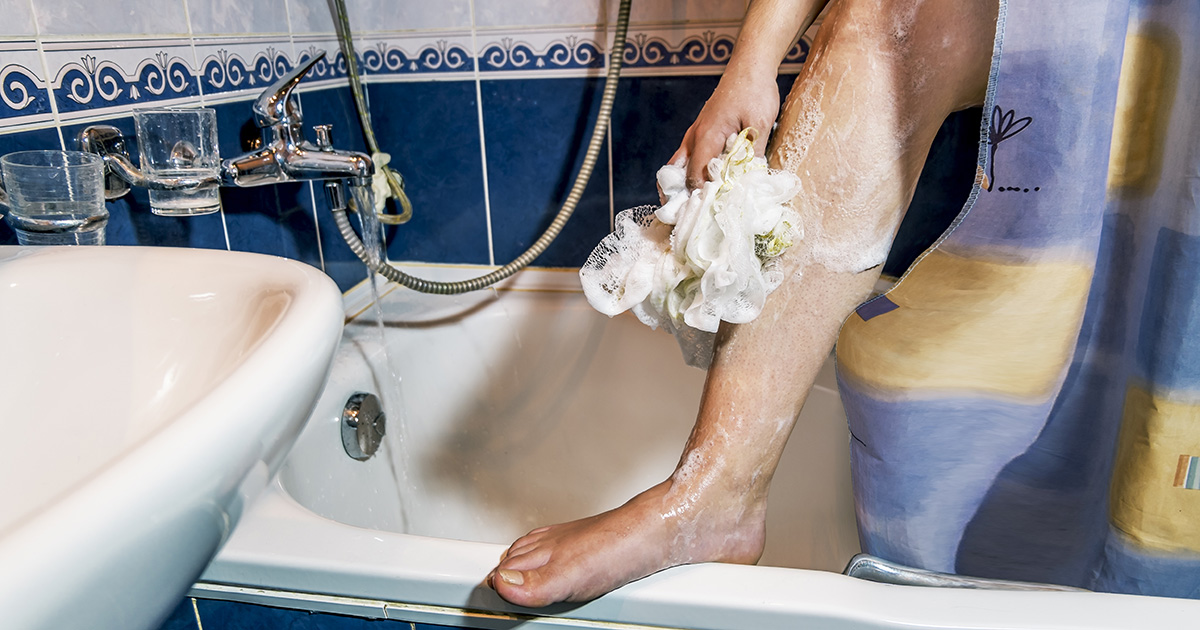 CHERRY HILL, N.J. — Local woman Stacy Tran was reportedly shocked by a recent revelation that she shares a more intimate bond with her shower curtain than any of her recent romantic partners, sources confirmed.

“I can’t remember the last time a guy couldn’t keep his hands off me for even a minute,” opined Tran. “But as I tried and failed to hold back my shower curtain long enough to shave my legs the other day, it occurred to me that this curtain still clings to me just as much as the first time we showered together. Not only is this the longest relationship I’ve ever had, but the cold, suction-y grip of that plastic is an embrace more tender than anything I’ve ever felt in my life.”

Tran explained that she values reliability and familiarity above all else in a relationship, which her shower curtain “absolutely delivers.”

“This curtain knows my secrets, like how sometimes I’ll pee in the shower even after I suds up, or how I cry every time Jesse McCartney’s ‘Beautiful Soul’ plays on my shower speaker. And no matter how many times I push it away, it never leaves me,” Tran gushed. “Boyfriends come and go, but this $24.99 shower curtain from Target is forever. No, seriously, it’s one of those washable curtains that you don’t need to replace. This is a lifetime commitment, and I think we’re both in it for the long haul.”

Tran’s most recent boyfriend, Ryan McSweeney, said he was surprised by her epiphany, although he doesn’t harbor any hard feelings towards her or the curtain.

“Yeah, it was a kind of strange thing for her to share with me, but I wasn’t hurt by it. I’m an open minded person, and Stacy and I both knew this relationship would end the day we were fully vaccinated,” confided McSweeney. “But in retrospect, it’s definitely weird to think about all the times we had shower sex. I don’t know who she was more attracted to: me or the curtain. But I can’t talk too much shit, especially since me and that Giovanni conditioner she keeps in there got pretty close over the last few months as well.”

At press time, Tran was spotted in a local sex shop holding a basket filled to the brim with waterproof toys.