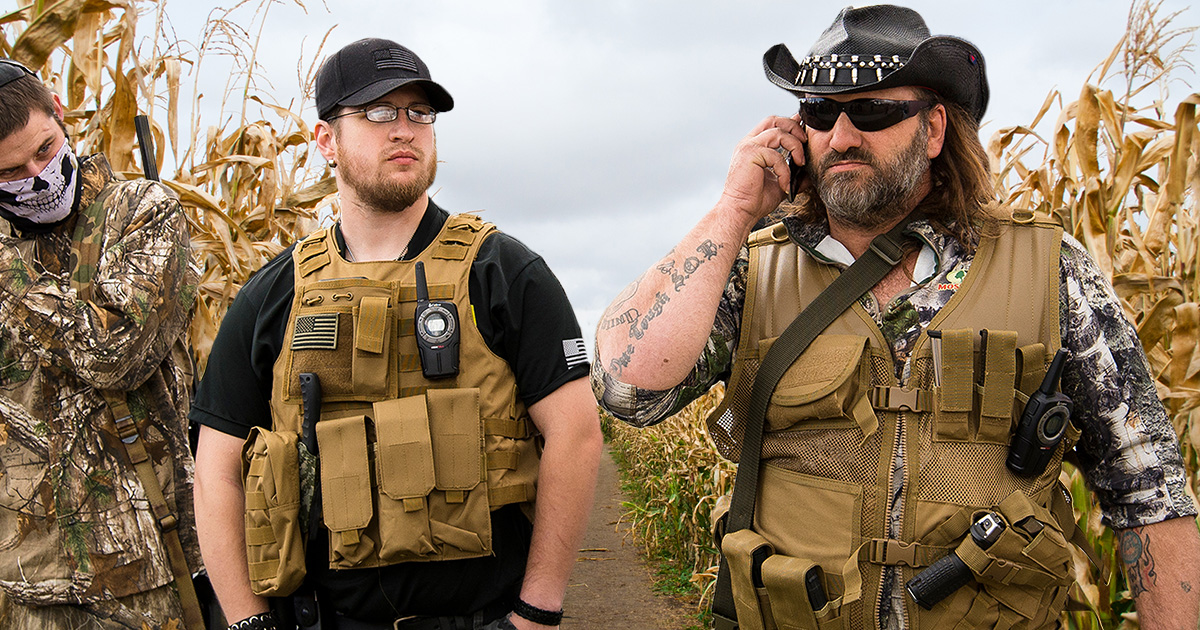 SEWARD, Neb. — A far-right militia completely failed in their mission to remain vigilant on election day after the entire group became hopelessly lost in a corn maze designed for children, incompetent sources confirmed.

“The boys and I have been training real hard lately so we can keep an eye out for any of these commie Aniftas trying to sabotage the President’s re-election, and we thought this could be a fun way to blow off a little steam. But darn it, five minutes into that maze and we were as lost as a possum in a tractor factory,” explained noticeably dehydrated militia leader Dale McKraken. “The maze people give you a map when you start, but nobody was willing to leave their spare glock in the truck, so we didn’t have room to carry it. Plus, with all the time we spent on target practice, none of us actually learned how to use a compass.”

“Those damn socialists tricked us with their dirty scheme,” he later added, “getting us real, God-fearing Americans all turned around in a corn maze.”

Local 11-year-old Daniel Sullivan, who completed the maze in just under 26 minutes, recalled encountering members of the militia.

“When I saw those army guys, they all looked really tired and scared. I asked if they needed any help, but they just called me a ‘liberal cuck’ and said they didn’t want any handouts,” recalled Sullivan. “I didn’t think it was a big deal. I got lost for a while too, and it was really fun.”

JoAnne Hill, owner of the farm & maze, gave her perspective on the hapless militia’s situation.

“This shit happens all the time now. A bunch of overconfident MAGA idiots think they’re Davy Crockett, and I’m the one who has to come to the rescue,” said Hill while restocking her supply of signal flares. “This maze was just supposed to be a fun attraction to get people to stop by the farm and buy some gourds or whatever. But instead, a bunch of jackasses who aren’t qualified to work as mall cops think they’re preparing for another civil war. Maybe I should just let them stay lost.”

At press time, militia members had finally found their way back to the parking lot, only to realize they dropped their truck keys somewhere back in the maze.