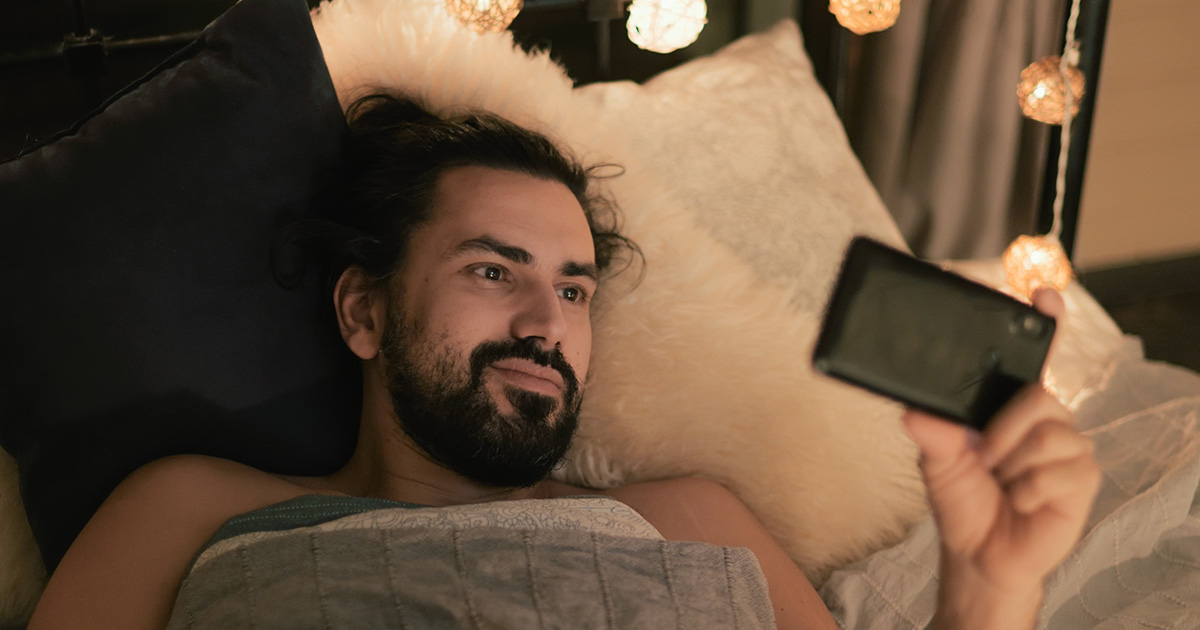 PHILADELPHIA — Local man Eddy Taylor showed his appreciation for a beautifully composed and tastefully shot nude photo of his former co-worker posted on social media by hastily cranking one out on the crumb-covered futon of his shared apartment, he confirmed after a long look in the mirror.

“Trish and I used to wait tables together, and I had the biggest crush on her. So when I saw this photo pop up on my Instagram feed, I snapped into action,” said Taylor while pushing a pile of used tissues under his bed. “The photo was in black and white and I think she was in a forest or something? I cleared a few of the old pizza boxes off my bed to set the mood and I went to town like a plane crash survivor trying to start a fire out of twigs in the North Pole. Give me 30 minutes and I think I need to go for it again.”

The disgusting environment in which Taylor “beat the bishop,” littered with half-finished cans of White Claw and fraying concert posters, was not the setting in which model Trish Maddison intended the photo to be viewed.

“To me, posing naked in the forest was a chance to show that my body is a piece of nature the same as the trees or the moss,” said Maddison. “I’ve had a few health scares over the past year, and I know my body isn’t going to look this way forever. I wanted to document this moment for myself so I could appreciate this vessel that I’m inhabiting as I grow and evolve as a human. I never thought of the photo as inherently sexual; it’s simply me existing.”

Art historian Kristin Campbell noted that perverts have a long lineage of “jerking it to art nudes,” dating back thousands of years.

“Basically as long as people have been producing nude art, there have been men who tug the slug until it bursts into a shameful mess all over their stomach,” said Campbell. “If you’re a woman that wants to have a man jerk off to your photos, then good news: they already are. If you aren’t into that sort of thing, then just try to block it out of your mind. There is even evidence that early man stimulated themselves to rudimentary paintings on cave walls; they can’t be stopped.”

At press time, Taylor has been sending a number of off-putting DMs to his former co-worker asking how he can support her art.