Stubborn Balding Punk Down to 2/3 of a Mohawk 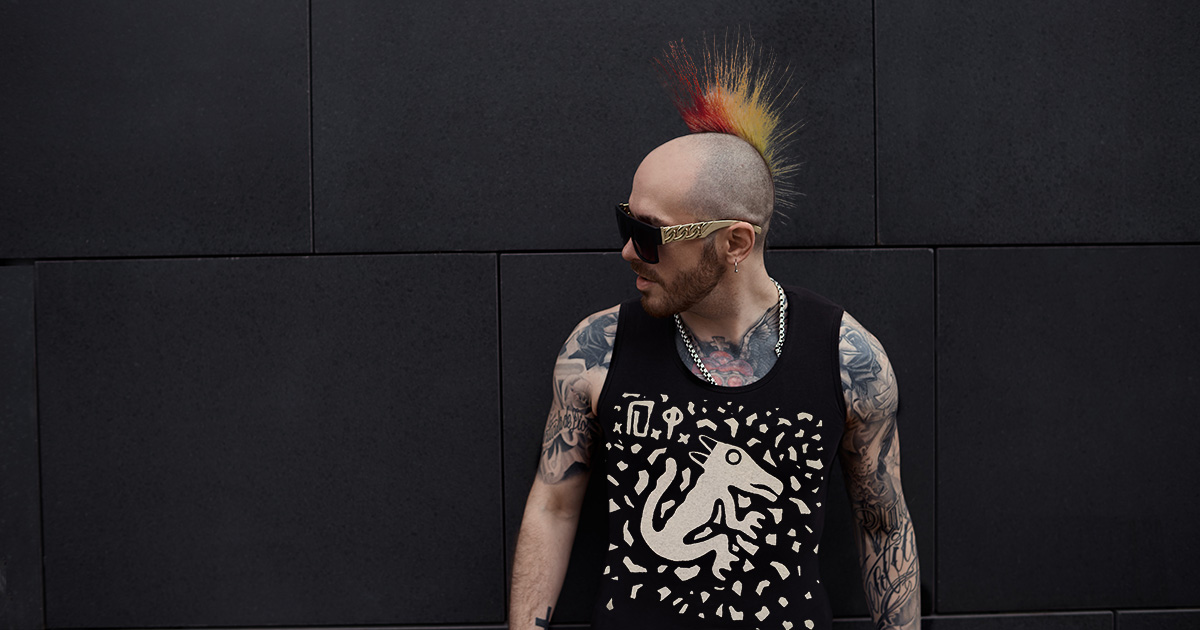 ATLANTA -— Stubborn, delusional punk Drew Blaney, who has lost a third of his mohawk due to his receding hairline, will not fix his increasingly embarrassing haircut, friends who refuse to be seen in public with him anymore confirmed today.

“Most of us have cut our own hair since our teens — including Blaney,” said friend and roommate Jeri “Flanny” Flanagan. “Which is a shame, because an impartial barber would just tell him he’s fucking balding. One time, I told him his pants looked ‘a little dumpy’ and he stopped washing his dishes for three months… so, I’m worried if I bring up his hair, he’ll get pissy and stop paying the internet bill or something.”

Blaney, who has carefully cultivated his punk style over several years, believes his crowning achievement is his mohawk — one that friends agree really “pulled his whole thing together,” before it became a sad reminder of what was.

“Just because he’s a crustie who hasn’t washed his GBH shirt since high school doesn’t mean he isn’t really sensitive about his looks. I’m convinced he’s pretty hurt about [losing the mohawk],” said best friend Ashraf Singali. “He may be unkempt, unwashed, and just grimey in general, but he’s also very vain about being really gross.”

Flanagan, however, is considering more extreme measures to help her friend fix his soon-to-be half mohawk.

“Shaving is the fastest and easiest way to get rid of head lice and/or fix a bad mohawk,” said Flanagan. “And, yes, I got a lice guy.”

Meanwhile, Blaney has allegedly attempted to change other parts of his look to try to draw attention away from his flaccid mohawk.

“He had a beard for a bit, but it only took one drunk screaming, ‘I pity the fool!’ at him for him to run home sulking,” said bartender Aisha Greene. “When he finally came back days later, his face was clean-shaven, and he wouldn’t talk about the ‘Mr. T’ incident — he told us he shaved because his face was ‘getting really hot.’”

Blaney was last seen debating shaving his head entirely, but “strictly because he likes the look” and for no other reason.