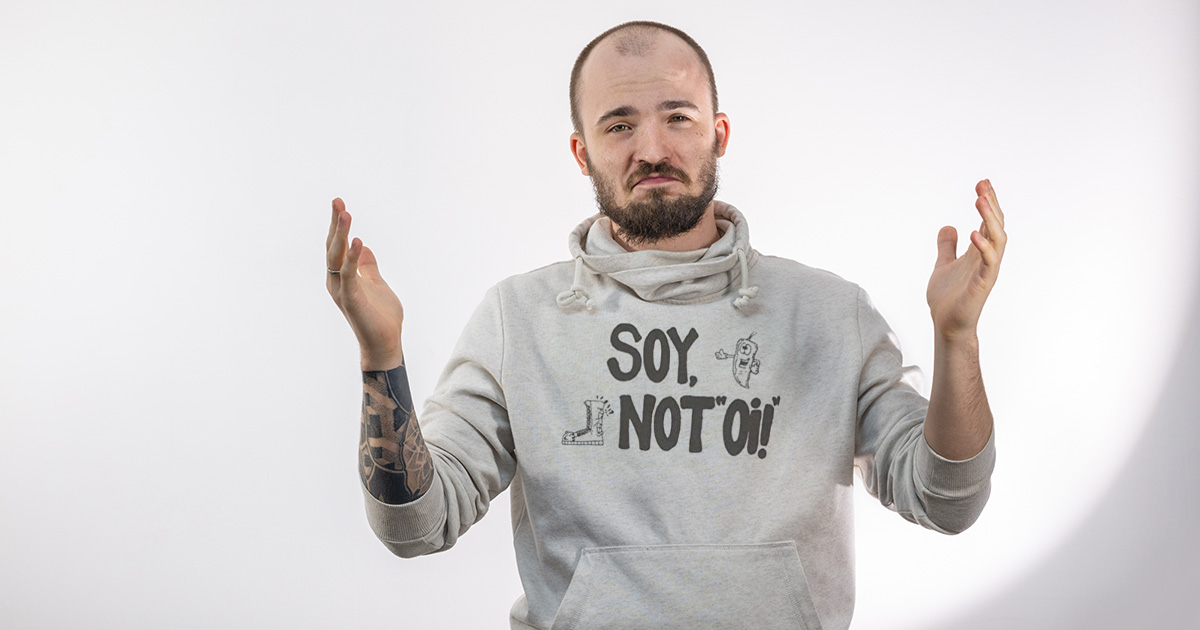 “These ungrateful brats know absolutely nothing about the struggle,” said the 47-year-old former ALF member. “Back in my day, the only way to convert people in the scene to veganism was to put on some Earth Crisis and show extremely graphic videos from the inside of a slaughterhouse. Just the other day, I saw a kid in a SECT shirt eating Burger King so I ran up and showed him a video of a cow getting its throat slashed. He started crying, puked all over my phone and said ‘It’s the Impossible burger with no mayo or cheese, bro!’ How was I supposed to know?! Since when do vegans eat Burger King?!”

A representative from PETA recently went on record to admit that the lack of interest in Animal Cruelty videos has led to layoffs in their video productions department.

“I don’t need to see a bunch of baby chickens tossed into a giant meat grinder to stop eating meat,” said twenty-one year old Tik Tok influencer Jennifer Crane. “I don’t understand why there are still people out there who continue eating animals. Especially with the climate crisis we’re in. I get so mad at people who drive gas guzzling cars and order steak for dinner. Have you heard of a Tesla? Have you heard of Morning Star? Vegan food finally tastes good! Get it together, people.”

Some activists speculatec that the Government might be behind the recent disinterest.

“It’s no accident that this new generation of young vegans are more docile,” explained United States Secretary of Agriculture Thomas J. Vilsack. “Eco-terrorists of the nineties caused millions of dollars in property damage through fire bombings, and they didn’t even have smartphones. We couldn’t allow this young, woke generation to follow suit. So, we invested billions of dollars of federal funding towards developing an edible protein that lowers the consumer’s metabolic rate, and distributed it through ‘vegan’ Oreos. Nabisco has been in on it from the start. Not only are these young vegans less hostile, but they have singlehandedly saved the many fast food chains their elders worked so hard to destroy.”

At press time, Gonzalez was being sentenced in federal court for driving up to Seattle and setting up a string of explosives around popular vegan fast food chain Next Level Burger.