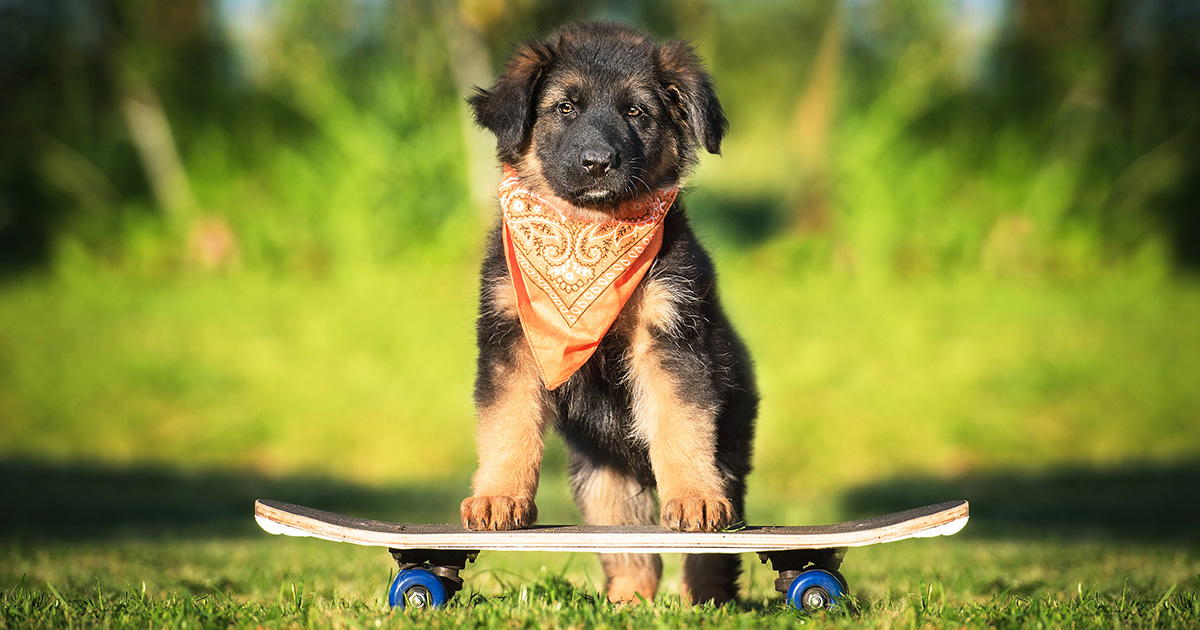 SPOKANE, Wash. — An adorable bandana-clad dog seen frequenting the town skate park is rumored to be a human under a powerful curse from a local witch, dumbfounded sources explained.

“I was at the park the other day and saw a crowd forming around this mangy dog that kept eating old cigarette butts off the ground. That mutt was pushing around like one of those dogs you see on YouTube, but she was different. She loved the skateboarders but kept chasing scooter kids around and almost bit a rollerblader,” said local skater Brandon Hacht. “She seemed malnourished so I gave her a bowl of beer and a little bit of leftover hot dog every couple of hours, it would make her wag her tail like it was the greatest treat on the planet.”

Not everyone is quite so charmed by the neighborhood’s newest pooch.

“These filthy gutter wenches are always causing a ruckus skating around in the parking lot when I’m trying to buy my spell supplies, so yeah, sometimes I’m forced to turn people into various animals and insects to get a little peace and quiet. I recently had a surplus of milkweed and mutt fur so it’s a safe bet that this mongrel is my work,” stated probable witch Sybil Caster. “Leave it to this depraved town to make the creature a neighborhood phenomenon for rolling around on a piece of cardboard with wheels. Look, I’m not a monster. I made the spell very easy to break, once someone blows weed smoke in the dogs face the spell is broken. That will probably happen before the end of the day.”

The popular skateboarding dog seems to be taking her sudden physical changes as positively as possible.

“It was the strangest thing. One day I’m minding my own business, sluggin’ beers with the crew, and doing slappys on the curb by Michael’s when this Harry Potter looking lunatic runs up and says some abracadabra-babadook-frog-and-toad garbage. Suddenly I can only see people’s ankles and my sense of smell is through the roof,” the dog explained. “But this is one of the best things that ever happened to me. I can shit and piss wherever I want, I don’t have to pay rent, and if I bark aggressively enough, I can clear a room!”

At press time, the cursed dog was seen barking comically before stealing a steak off a restaurant goer’s plate.