REPORT: No One Actually Expects Newly-Engaged Punk Couple to Live Until Wedding Day 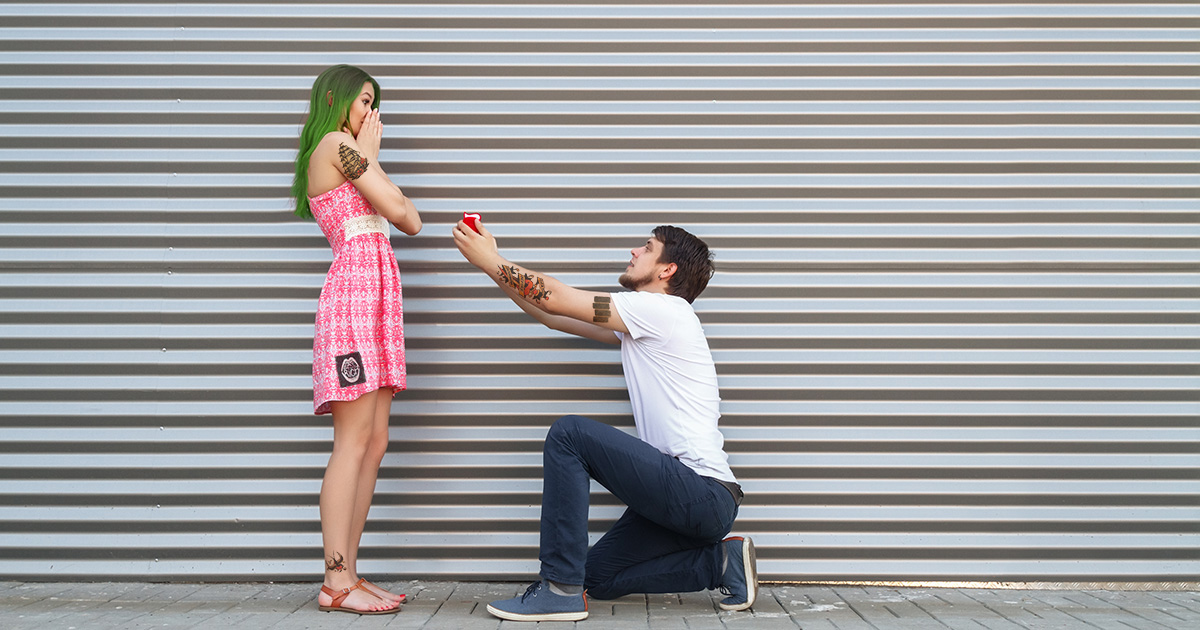 HARRISBURG, Pa. — Those invited to celebrate the marriage of punk drummer Scotty Corless and slaughterhouse foreman Anna “Slander” Dietrich are reportedly not bothering to RSVP on the assumption that at least one will die before then.

“I’ve never met two unhealthier people, and my band opened for Fucked Up twice, so that’s really saying something,” said longtime friend to the couple and best man Marc Reysandro. “There’s no way both Scotty and Slander will be walking this earth, let alone the aisle, come March 2022. No chance in hell. They both like starting fires way too much, and I don’t think either has drank water in years. I fully expect to be required to put a suit on for a special occasion surrounding them, but not exactly to celebrate their union, if you catch my drift.”

The bride-to-be seemed shockingly oblivious to the damage her ruinous lifestyle has on her body.

“I’m so excited — I just got ‘’Til Death Do Us Part’ tattooed on my clavicle, which promptly got sunburned during socially-distanced drinks in the Wal-Mart parking lot to celebrate the engagement,” recounted a wincing Dietrich. “I’m sure it will heal fine, though. And our engagement party was catered by the Taco Bell drive-through: they know mine and Scotty’s orders by heart when we roll up. Don’t even have to speak to anyone, which is pretty good for COVID or whatever, I think.”

Anthropologists proffer various theories as to why the life expectancy of the average punk couple is so low compared to other similar demographics.

“There are many factors that help explain why punk couples in particular die so young: terrible diets of Slim Jims and PBR, a complete lack of sustained exercise, and the twisted glorification of Sid & Nancy,” explained punk anthropologist Dr. Whitney Yonkers. “If only punk couples would continue to mosh regularly into old age, that might give them enough of a cardiovascular workout to survive into at least their 50s. But most punks over the age of 16 linger near the back of the venue, waiting to chainsmoke between sets.”

As of press time, not a single guest has purchased a gift for the couple from their wedding registry on Interpunk.com.