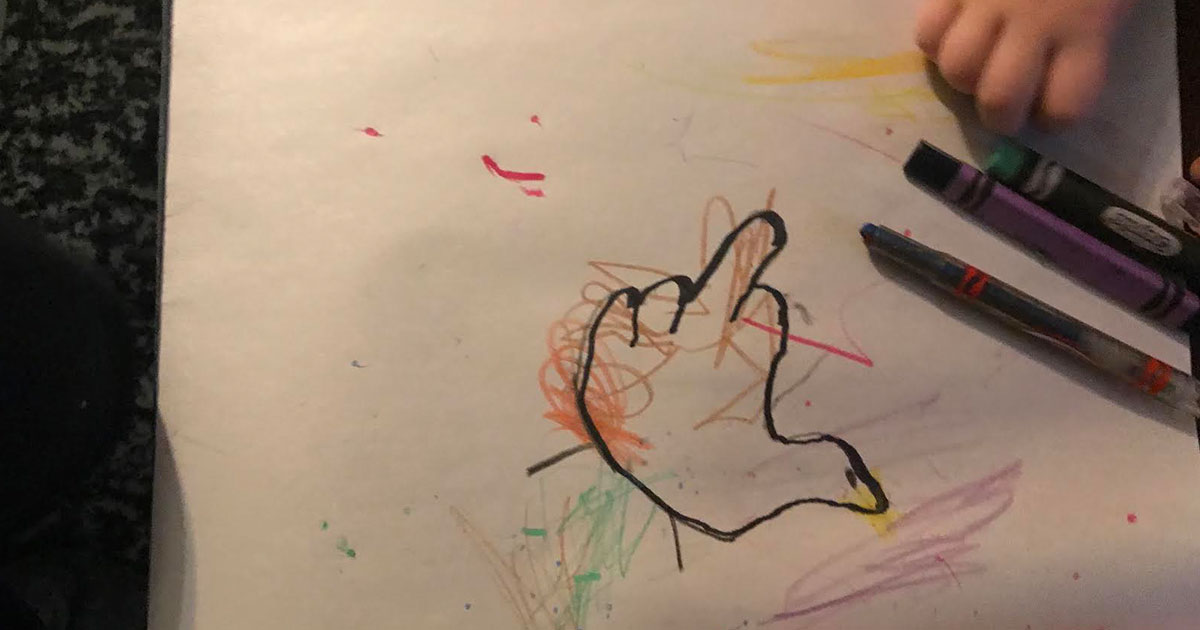 “Some of the younger staff applauded Trisha for her creativity on a ‘very cute’ drawing, but I’ve been around this game for a while. I know what that kid was trying to pull,” said crafts supervisor Jane Salter. “This was a direct message to authority. There’s no way I’ll hang this on the big, blue board with the other hand turkeys.”

Saunders, who has been outspoken against Thanksgiving crafts in the past, was very forthcoming about the meaning behind the piece.

“Dees guys is fascists, and dey can fuck off [sic],” said Saunders, gesturing to a photo of pilgrims before pointing at another picture of a dog, exclaiming, “He a puppy,” crawling on the floor and barking.

“We tried everything — we offered her extra cookies if she did the drawing with all five fingers. But, apparently, she’s vegan, and we didn’t have any Oreos, so it only made her more upset,” said Ms. Salter. “She then tore the Assück patch off of her Peppa Pig backpack with her teeth and screamed, ‘I am not a student, I am a dinosaur!’”

Despite the backlash, Saunders has earned some fans.

“I just hope she draws like this forever,” said Cheryl Morales, the artist’s grandmother, who hopes to hang the work on her refrigerator. “They grow up so fast. Only yesterday, I asked if she wanted to read her favorite story, and she screamed, ‘No, ya ya! Evasion is for babies!’ and stormed out of the room.”