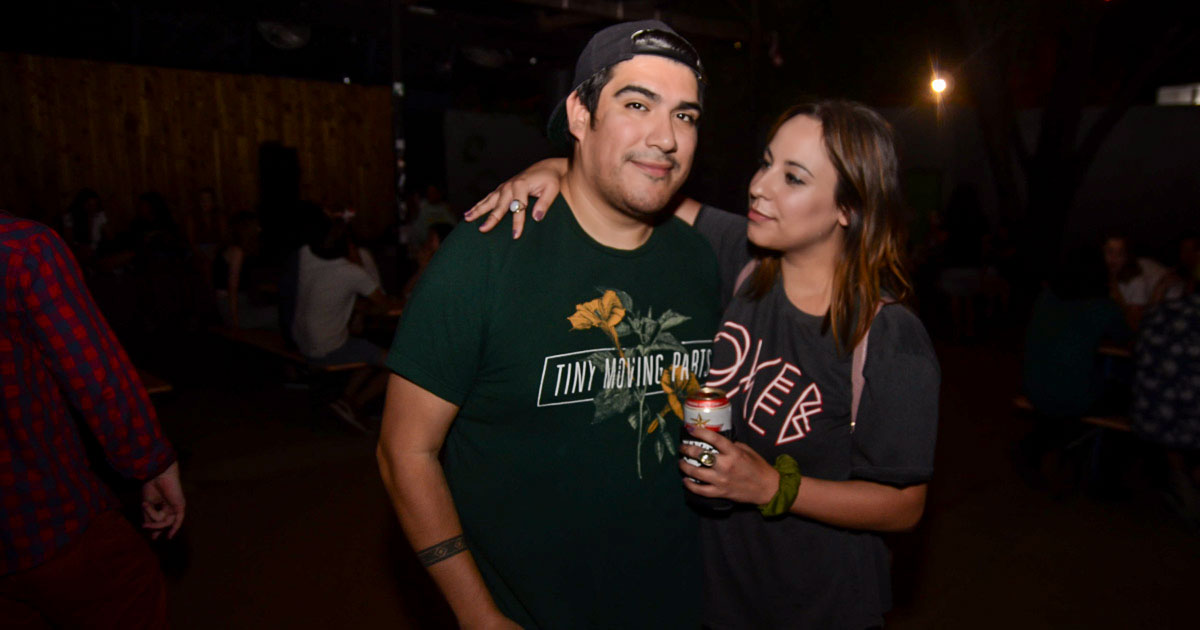 NEW BRUNSWICK, N.J. — 33-year-old pop-punk frontman Danny Huerta has reportedly been cast out of the scene he helped build after he was outed late last week as dating a woman his own age, multiple sources confirmed.

“I mean, I don’t even know what to say… other than that me and the rest of the guys are absolutely shocked,” said Sloth Love Chunk bandmate, guitarist Jerry Klein. “As soon as we found out, [Huerta] was immediately asked to leave the band. We are obviously sorry we missed this, and want all of our fans out there to know that this in no way reflects any of the other members’ preference for relationships with women 10 to 15 years younger than us.”

“I saw these photos pop up online, with Danny hanging out with all these old-ass people. I got worried,” said band manager Ryan Han. “None of the girls had braces, none of them were wearing wristbands, and there wasn’t a single tank top to be found anywhere. It was really alarming.”

Huerta released a statement disclosing he has, in fact, been dating a similarly-aged woman. However, he refused to apologize.

“The allegations that have been leveled against me are absolutely true: I share a consensual relationship with a woman who has been able to rent a car since 2014, and isn’t even a member of her parent’s cell phone family plan,” the statement read. “I have always stood by my belief that age is nothing more than a number assigned to us related to our day of birth, and I still believe that. I have never been happier, and plan to remain in this relationship while wishing my brothers in Sloth Love Chunk nothing but the best.”

At press time, the 185-pound Huerta was fighting fresh criticism for donating a garbage bag full of Youth XL T-shirts to a local thrift store while dressed in a men’s large.