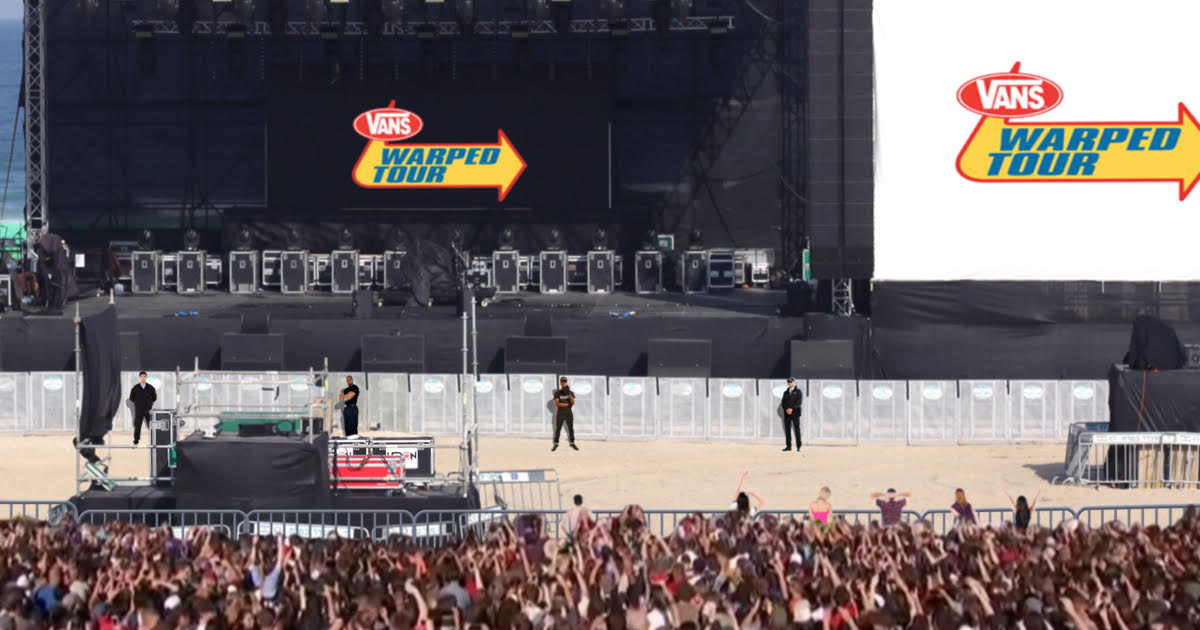 SEATTLE — The stages at this summer’s Warped Tour will be placed 100 feet away from the all-ages audience in order to comply with national sex offender laws, according to festival organizers.

“This measure is unfortunate, but we see no other solution,” said Jeremiah Reeves, head of public relations for Warped Tour. “Would we prefer to run a tour that doesn’t have at least one sex offender on every stage? Of course! But this is the music business, after all, and it has a rich legacy of creeps. Maybe when pop-punk and metalcore fall out of fashion, we can try again.”

Organizers reportedly brainstormed for hours in order to come up with a solution that delivered the best musical experience for the consumer, while keeping underage patrons safe from potentially dangerous musicians.

“Initially, the idea was to have an all-sex offender stage,” Reeves continued. “But that basically comprised 75 percent of bands in general, so it was a scheduling nightmare.”

In addition to modifying the stages, educational measures were attempted to directly address the problem.

“An intern suggested we hold an ethics seminar for our musicians on how not to abuse their power as rock stars,” said senior Warped Tour ethics advisor Jacob Parker. “But none of the bands showed up because it was scheduled at the same time as our post-show wet T-shirt contest behind the Hot Topic tent.”

“Seriously, why can’t these scumbags control themselves?” Welch said while loading dozens of fake amp shells onto a stage. “I’m a 42-year-old man who’s been on this tour for 15 years, and I can concretely say that an 18-year-old girl is just as hot as a 17-year-old girl. These bands today have no morals.”