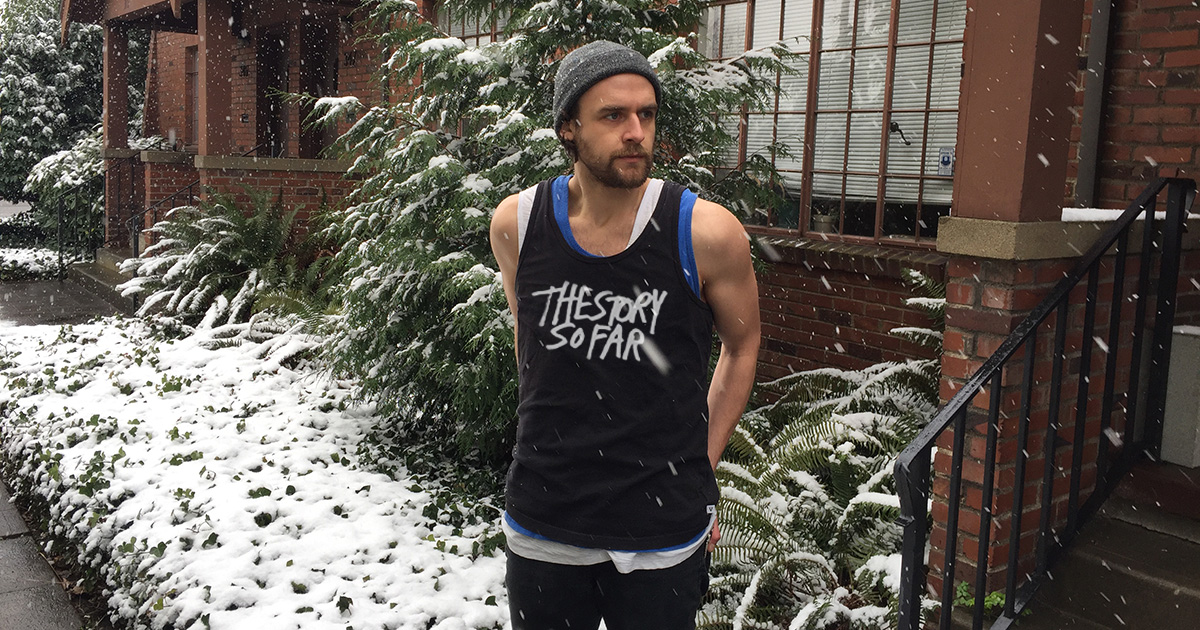 BOSTON — Pop-punk singer Gavin Blue is preparing for an upcoming cold snap by wearing three tank tops at once to try to stay warm, sources close to the band report.

“The rest of the guys make fun of me because I’m so overdressed, but I always say, better safe than sorry,” Blue said of the fellow members of pop-punk quartet Debate Team Dropouts. “I’m not one to let pride keep me from comfort. If I don’t wear at least three layers of brightly colored tank tops, I run the risk of getting a cold — and that could affect my performance.”

However, fans worried that the three layers might not be enough.

“I know Gavin is a fun-loving dude, but it might be smart just to, maybe, buy something that also has sleeves to cover his arms,” said Vincenza DuBois, a longtime fan attending a recent show in Boxboro, Mass. “If it gets to be, like, 5 degrees, not including wind chill, maybe he could wear a few tank tops over a jacket or something. Nobody would judge him for that.”

Blue admitted his extra prep comes on the heels of yet another harsh New England winter.

“I’m not stopping at the tank tops, of course. I also threw on a few more ‘I Heart Boobies’ wristbands to line my forearms, two studded belts… and, if it gets really bad, I’ll switch out my Red chucks for my nice, bulky Osiris sneakers,” said Blue. “Pop-punk fashion can also be pop-punk function.”

Overall, the other members of Debate Team Dropouts support their frontman’s wardrobe choices.

“I think it’s a genius move,” said guitarist Everett Tran. “I read somewhere that most body heat is lost from the head, so as long as he has that purple Neff beanie perched on the very top, he should be fine.”