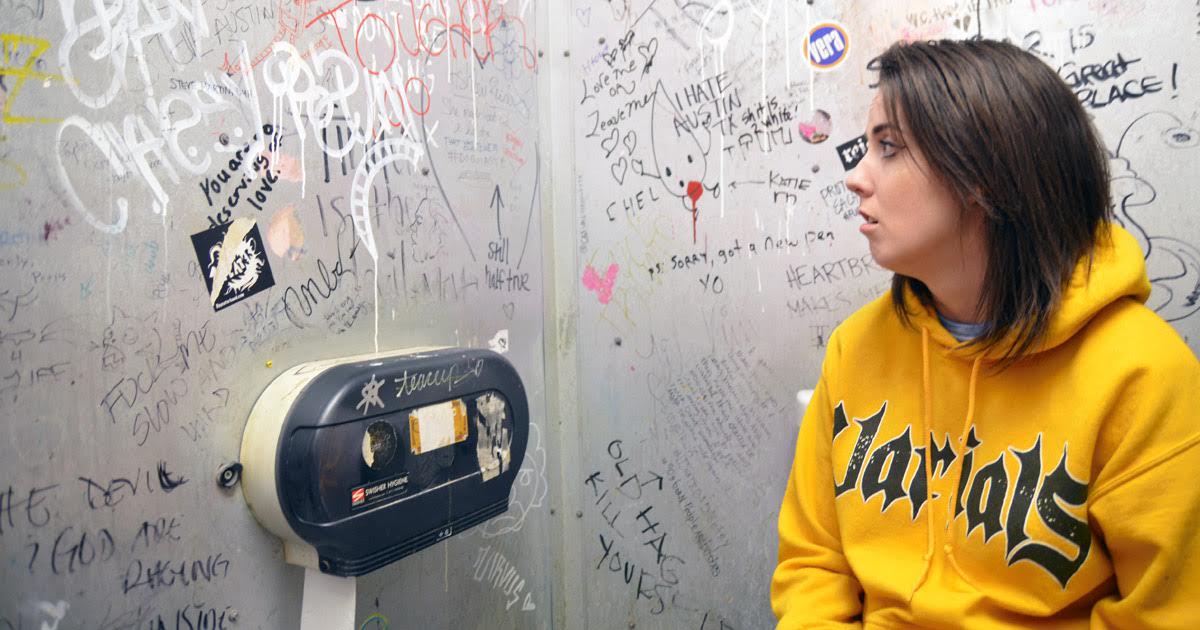 MINNEAPOLIS — Laura Reynolds discovered her ex-boyfriends tag last night in the bathroom stall of local venue the 331 Club, effectively ruining her evening and setting off a flurry of preparations, the distraught woman confirmed.

Those close to Reynolds say the tag is a telltale marking of the grim return of known “force of evil” Jason Packer.

“I thought I was safe now,” said Reynolds, shivering under a blanket at the bar. “He’s been gone for such a long time… I thought the nightmare was over and I could move on with my life. But there’s no mistaking that tag: he always said it was revealed to him by Satan himself. It sent chills up my spine. He’s back, and there’s nothing I can do.”

Reynolds previously battled with the Beast from 2011-13 through a reportedly horrific struggle of “blood-curdling, bone-shattering” serial philandering. After the seemingly endless 18-month conflict, the Beast was finally exorcised from the city, taking refuge within the dark caverns of his buddy’s place in Phoenix.

Experts in both Demonology and handwriting examined the tag in question.

“Comparing the loop on the ‘r’ of the graffiti to a love letter written by Packer, there’s no doubt he wrote both,” said graphologist Carrie Anthony. “The cross section on this ‘t’ is very interesting, however: it’s highly indicative of someone who will sleep with you, ‘like’ all of your best friends’ photos on Instagram dating back two years, and take off on a motorcycle and ghost you.”

“Some might say the insignia could’ve been made by anyone in Reynolds’ ex-boyfriends crew, but whoever made this is no ordinary tagger. This inscription could only be made by a force of pure evil,” said Stanley as she examined the scribbled tag, which translated to “Squirter.” “Someone hell-bent on bringing absolute chaos to anyone who dare date him. I suggest you all leave this bar immediately. As for Laura… God be with her.”

When questioned, mutual friends admitted they knew the return of evil was imminent.

“Yeah, we all knew Jason’s band was coming through,” said Carrie Clark, a longtime friend of Reynolds. “We did our best to keep her distracted, but we didn’t think that idiot would hit up the bathroom. She’s already over there debating texting him. If you’ll excuse me, I have to get her phone away from her before she brings misery down upon us all.”