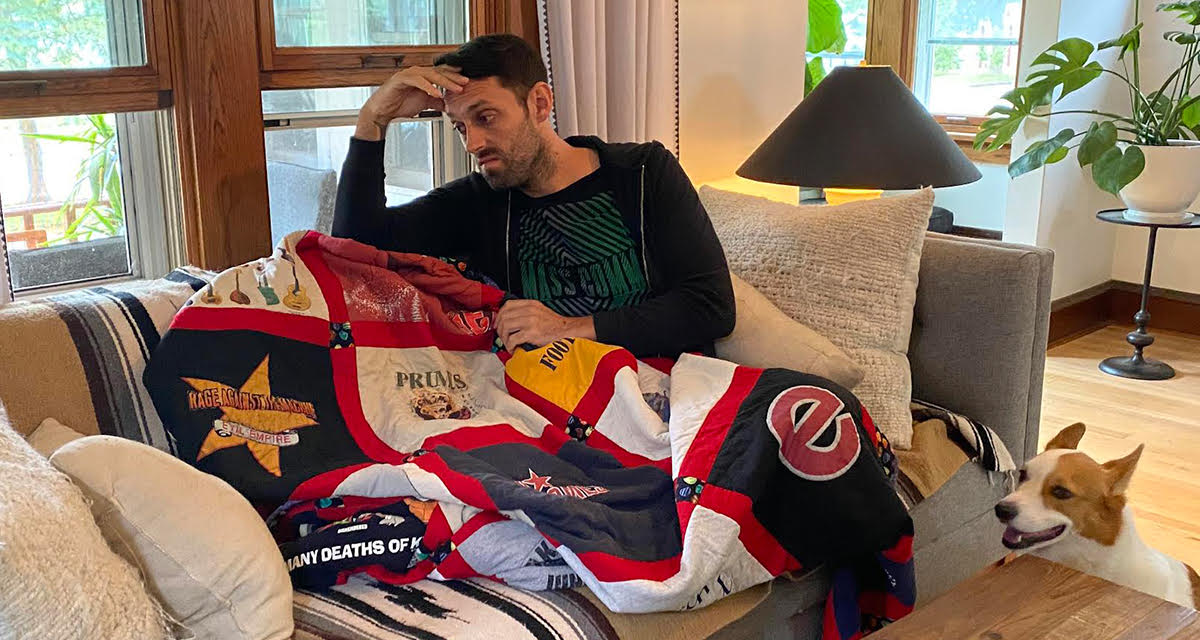 “You never think something like this could happen to you,” a visibly shocked Verne said. “My mom said I had some stuff in the basement that she wanted to use for a new project she saw on Etsy. I figured she was going to paste some old papers I wrote in high school onto a birdhouse or something. I really didn’t expect this. I left all the shirts there because I figured they would be safe and could accrue a bit of value before I quit my dumb job for good. The Helmet ‘Meantime’ concert shirt alone was at least $300. This was my entire retirement plan just sewn together into a dull black blanket nobody will ever use.”

According to Verne’s mother, Julia, she shared her son’s feelings of surprise.

“I know I’m a pretty good sewer, but I had no idea I was $26,000 good!” said Julia Verne. “Just goes to show you what you can do with a few old rags lying around and a little bit of elbow grease. I mean, I probably wouldn’t pay that much for a quilt made of scraps, but it still feels nice to have your work appreciated by people. It was a great surprise to see how emotional Matthew was when he saw the quilt. He just cried and kept saying, ‘Why would you do this?’ It was a nice moment.”

Despite Julia Verne’s excitement over the quilt’s value, vintage merchandise traders are deeply worried this will start a disastrous trend.

“The moment all the other bored moms hear about this, we’re screwed,” said vintage shop owner Niko Dallen. “A good 30% of the store’s income comes from selling vintage shirts that parents get sick of having in their homes. We won’t be able to recover if these people start making arts and crafts with our potential inventory. Maybe we can convince them that making macaroni necklaces or gluing bottle caps to stuff is a better idea or something.”

In the wake of receiving the quilt, government officials have already taken steps to help Matthew Verne recoup his losses. The director of FEMA petitioned the US Government to allocate emergency funding, claiming the quilt is “the single greatest second-hand merch revenue disaster since Troy’s mom melted his record collection into those weird, unusable bowls.”