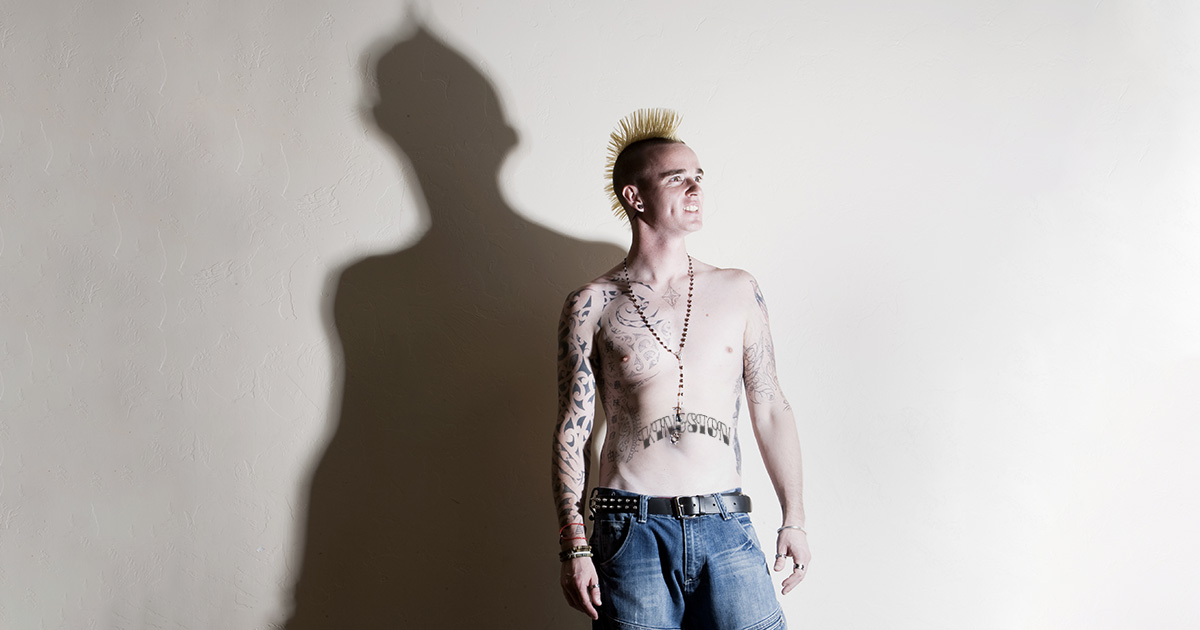 SAN FRANCISCO — Big-city punk Oliver Lewis recently got the name of his hometown, “Kingston,” tattooed across his stomach despite not visiting the Massachusetts town he spent his childhood in for over a decade, multiple friends with similar tattoos confirmed.

“I’d be nothing without that place. Kingston runs through my blood,” reported Lewis, whose family still lives in the same house he grew up in. “Going to shows at the VFW hall, skipping class to go skate the loading docks at Stop and Shop, getting kicked out of the McDonald’s on Route 53… Kingston is unlike any town in the world. This tattoo is a tribute to the place that made me the person I am today. Kingston runs through my blood and now it’s permanently etched onto my body. Once flights back home are a bit cheaper and this whole pandemic thing is done, I’ll definitely go back to my old stomping grounds.”

“We follow each on Instagram, so I saw the tattoo. I’m surprised he didn’t get it done here in town. I know a guy who could give you a sleeve for $80 that works out behind the Cumberland Farms,” said Lane. “Don’t get me wrong, I’m proud of him for making it out of Kingston, but I’d love it if he actually came back to visit every once in a while. I don’t even care that he owes me $50, I just want to see my friend. And I think it would be really cool to show him how much the mall has changed and how many places we used to eat at have gone out of business.”

The Kingston Board of Selectmen have offered specific perks to Lewis in hopes of drawing him back to town.

“We’d love it if he came back for the annual carnival. We would make sure he gets all the fried dough and stuffed animals a boy could want,” said Selectmen Jessica Kramer. “But we are starting to come to terms with the fact that nothing will bring him back. We even made his grandmother Betty the master of ceremonies this year, but he hasn’t sent back his RSVP. My biggest wish is to see him back in Kingston before my term is over in a year and a half. At the very least, he could write back to the kids who idolize him so much.”

Lewis plans on continuing the hometown motif by getting the Kingston Commuter Rail schedule tattooed on his back.